As a parent, one of the biggest responsibilities we have is ensuring good, healthy, nutritious food for our children. We need to ensure that the food we provide is safe, clean and having all the nutrients they require for growth. So it’s only natural that we do our share of research and try to find the best options we can provide our little ones. In that research, one word is bound to come up a lot – organic.

In India, the organic food industry is a fast growing one, and more and more parents are asking questions about organic food. In 2019, the United Nations declared Sikkim as the world’s first organic state, which means organic is now here to stay in India. 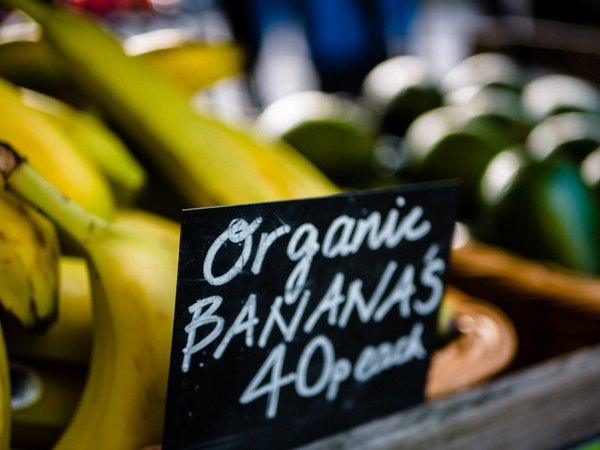 This is a word that brings with it a whole lot of confusion. We are told that organic food is somehow ‘better’, but we’re not sure how. Then we hear that it’s just a sham, forcing us to shell out more money for the same food just because of the label. And then there are people saying that children don’t need organic food or that organic food can hamper our immunity.

Today, we’re going to delve into this topic in detail, and hope to find facts amidst all the confusion. Our babies start solid foods from the age of 6 months, so it’s important to know the truth behind what we’re feeding them.

What does organic mean?

Organic food is food that is grown using a certain set of standards, which differ based on the kind of food. Organic crop cultivation is expected to follow these standards which are set by certifying agencies approved under the National Programme for Organic Production. If the agency finds that a farmer is following all the set standards, he gets the certification of being organic.

Here are some of the standards organic food is supposed to follow: 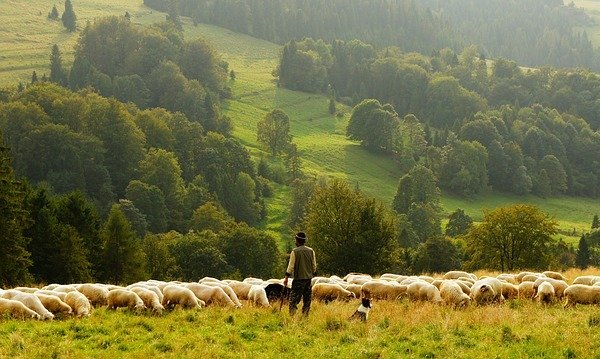 The definition of organic also extends to animals and animal products. Here are some of the standards organic farmers should follow for these:

Following these standards strictly requires extra time, effort and labor, which is why organic foods may be more expensive than conventional food. Organic food costs more in every stage of production. Since farmers can’t use produce-boosting chemicals, the crop yield is lower than non-organic farms. Organic animal feed is also more expensive, as is ensuring lots of space for free-range animals.

Since organic comes with a higher price tag, it’s only natural for us to wonder if we’re really getting value for the extra money we’re paying. In short, the question is:

Is Organic Food Healthy for Kids? 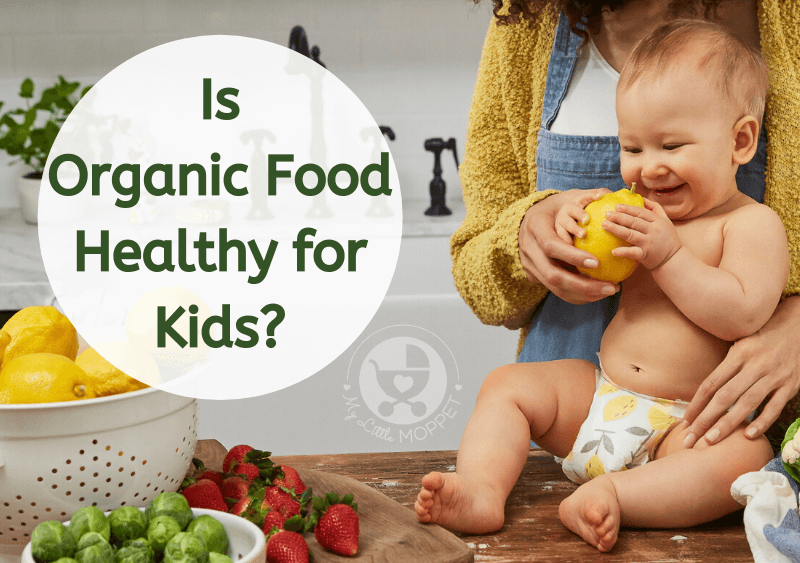 The answer to this question in one word – Yes.

Organic food is indeed healthier for children, especially since their bodies and immune systems are still developing and the food they’re exposed to in childhood can affect their health throughout life. Here is a look at the Reasons Organic Food is Actually Healthy for Kids. 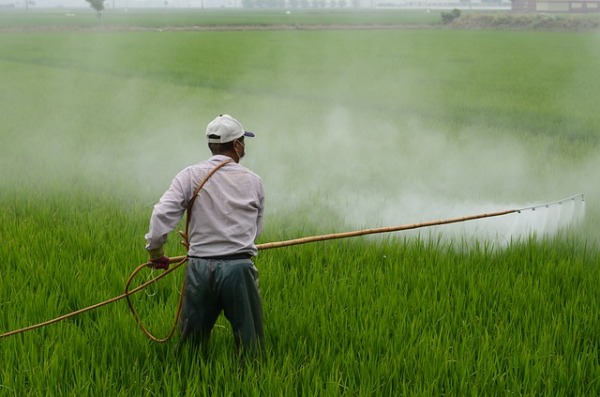 This is probably the one fact that everyone knows about organic food – it is grown without using chemical pesticides. Some organic certifications permit the use of a very low level of pesticide, that’s safe enough for consumption. Besides the pesticides sprayed on to prevent attacks from pests, there are other chemicals. A lot of produce is picked while unripe and then chemical gases are used to artificially ripen them so they are ‘fresh’ when they reach the supermarket or grocery store.

The dangers of high levels of pesticides in food are very real. The American Academy of Pediatrics has also raised concerns about children being exposed to pesticides on a daily basis.  Nearly 1,400 pesticides registered by the Environmental Protection Agency have been linked to various cancers, of the breast, ovaries, lungs, colon, brain and the central nervous system as well as Hodgkin’s and non-Hodgkin’s lymphoma.

This is crucial because young children are more susceptible to harmful substances in their food. Since they weigh less, their exposure to chemicals will be more. More than children, fetuses are at risk. Studies done by Columbia University, the University of California, Berkeley, and Mount Sinai Hospital found that when their mothers were exposed to organophosphates while pregnant, the children had lower IQs than their peers on reaching school age. Besides, pesticides can be passed to the baby through breast milk.

However, when you choose organic food, you can bypass these dangers. A Stanford study shows us that organic produce has a 30% lower risk of pesticide contamination. A study by Environmental Health Perspectives states that “Organic diets significantly lower children’s dietary exposure to organophosphorus pesticides”. The results of switching to an organic food diet is almost instantaneous, studies show that the pesticide content in the body drops significantly in a matter of days.

2. No Overdose of Hormones or Antibiotics 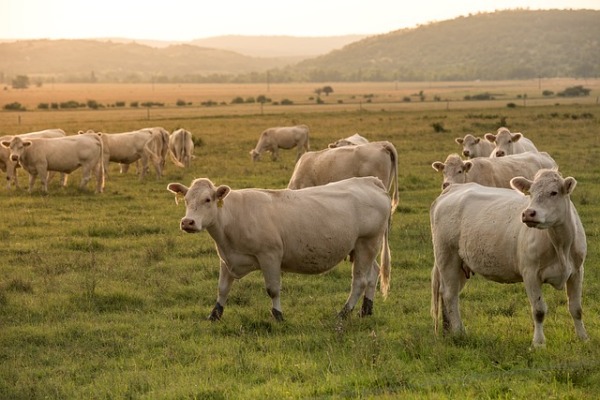 We’ve all heard horror stories of how animals are treated in the farming business. Cows are injected with antibiotics and other medicines to ensure they produce more milk. Calves are snatched away from their mothers and deprived of their mother’s milk. Chickens are stuffed in small cages and injected with drugs to produce more eggs.

All this reflects in the quality of milk, eggs or meat that we get. Cows are often injected with recombinant bovine growth hormone (rBGH, also known as BGH, recombinant bovine somatotropin or rBST). These can play the role of estrogen, and can cause cancers of the breast or prostate gland. A study by the Iranian Journal of Public Health finds that “hormones in dairy products could be counted as an important risk factor for various cancers in humans”.

And that’s just the hormones. Another danger is considering the indiscriminate use of antibiotics in animals. This gives rise to antibiotic-resistant bacteria, which is not just harmful for children, but is a public health issue as well.

That’s why organic animal products are as important as organic plant produce. Scientists at the Washington State University found that when cows are raised with organic farming methods, the fatty acid profile of milk improves, particularly its ratio of omega-6 to omega-3 fatty acids. Choosing organic food for your child ensures they are not exposed to abnormal levels of hormones or antibiotics that could disrupt their body systems. 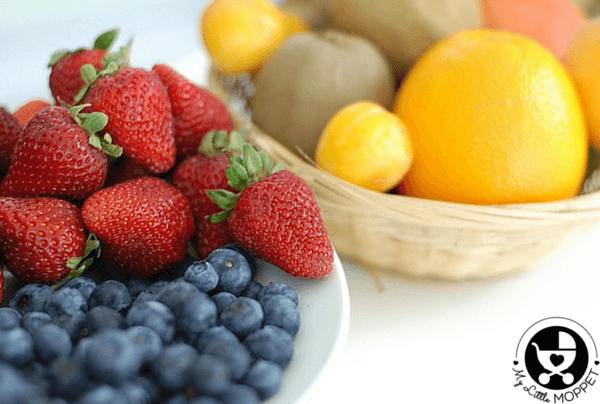 Choosing organic doesn’t only mean avoiding the bad stuff; it also means that you get more of the good stuff! Several studies, including this one by the British Journal of Nutrition, found that organic produce has significantly higher concentrations of antioxidants than non-organic produce.

The reason for this is supposed to be because plants who aren’t sprayed with pesticides have to find their own way to deal with pests and diseases, so they produce more phytochemicals, which acts as a natural defence system. These phytochemicals are extremely beneficial for health, like boosting brain power and lowering the risk of lifestyle disease among others.

Other studies have shown that milk from cows fed organic feed is nutritionally superior to conventional milk, with 50% higher concentration of fatty acids and more protein. 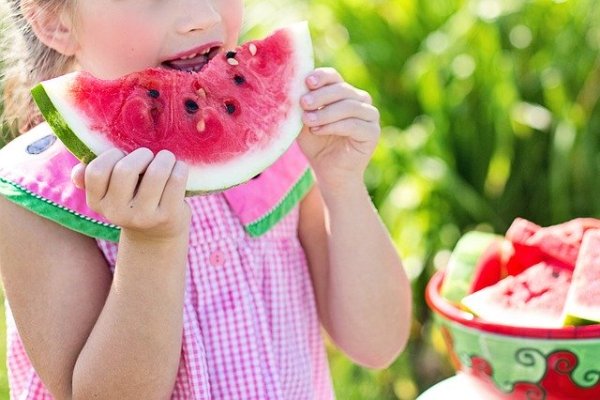 Organic food isn’t just good for health – it tastes better too. Have you ever eaten a dish made from home grown vegetables? You’ll notice that they taste much more delicious and wholesome!

Since they are grown without using anything artificial, they retain all their natural flavors. When children are exposed to these flavors from an early age, their taste buds get attuned to appreciating natural flavor profiles, and they’ll learn to reject foods doused in artificial flavors. They’ll also learn to identify natural imperfections and see that ‘perfect’ looking produce are likely to be made that way artificially. These lessons will ensure that they follow healthy eating habits all their life.

5. Better for the Environment 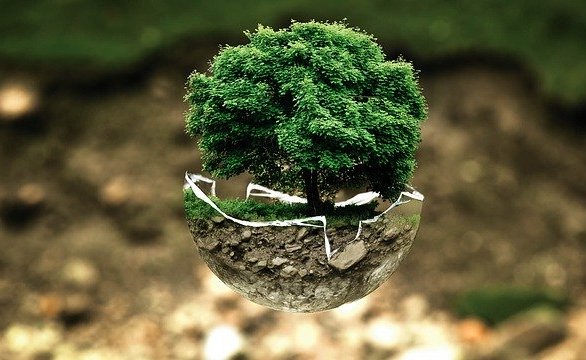 Being better for the environment also makes organic food a better choice for our kids, since they’re the ones who’re going to inherit the planet from us! Organic farming don’t just help the crops being grown, they also help the soil, water and wildlife.

By using organic farming methods, farmers can preserve the purity of ground water as well as of the soil. Soil fertility is improved, and less energy is consumed. There is less wastage and less carbon dioxide released into the atmosphere.

Avoiding pesticides makes it better for the birds and animals who habit the area, ensuring better bio diversity. Research finds that wildlife is 50% more abundant on organic farms. Organic farming also helps farmers. Since organic produce has a shorter shelf life, it needs to be sold quickly, which means your food travels less and the local economy gets a boost.

Now that you know that organic is better, it’s important to make sure that what you buy is indeed organic. Remember that ‘natural’ does not mean ‘organic’. Any company can claim to be organic, so it’s essential to read the label and understand what it says.

A true organic product will mention its certification, either from India Organic, United States Department of Agriculture (USDA), Food Safety and Standards Authority of India (FSSAI), Agricultural & Processed Food Products Export Development Authority (APEDA) or European Union Organic Standards. Some might have multiple certifications – this is always a good sign. Also make sure the label says ‘100% organic’. You can also look for signs that say GMO-free or GE-free. GMO refers to Genetically Modified Organisms and GE refers to genetically engineered. GMO and GE both refer to plants whose DNA has been artificially modified.

Remember that organic foods don’t have a long shelf life due to the lack of preservatives. Always buy just the quantity you require and use it up fast. That’s all you need to take care of and you can rest assured your kids are getting the best possible food out there.

Get a variety of 100% certified organic products at Little Moppet Foods, for the entire family. 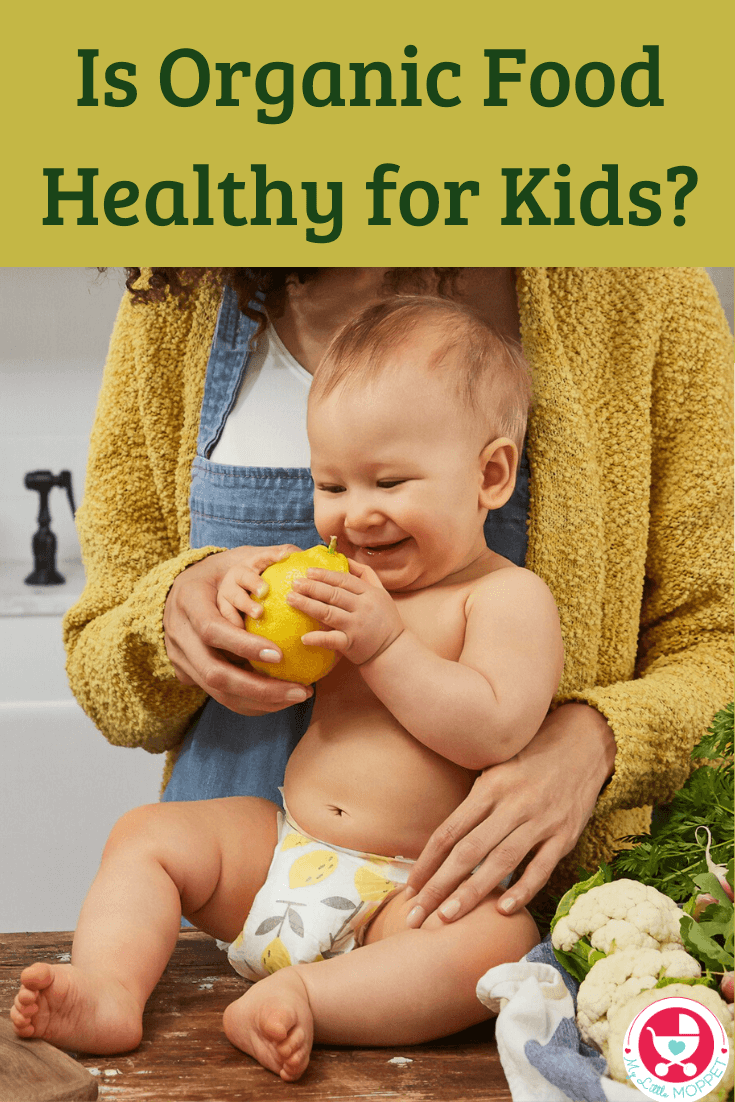