Superstitions abound in Indian culture, no matter where you live! Here we look at 10 common Indian baby superstitions – are they myths or based on fact?

Indians are no stranger to superstitions, whether it’s adding an extra letter to your name, running at the sight of a black cat or hanging strings of lemon and chillies. So it’s only natural that pregnancy and babies will have their own share of special superstitions!

If you’re an Indian Mom or a Mom who gave birth in India, you’ve more likely than not heard at least a few of these from various sources around you. Most parents tend to follow these too, since they’d rather be called superstitious than risk their baby’s health and safety. However, some superstitions can actually do more harm than good, while some are mere annoyances. Today, we look at 10 of the most common Indian baby superstitions and explore the reasons behind them. 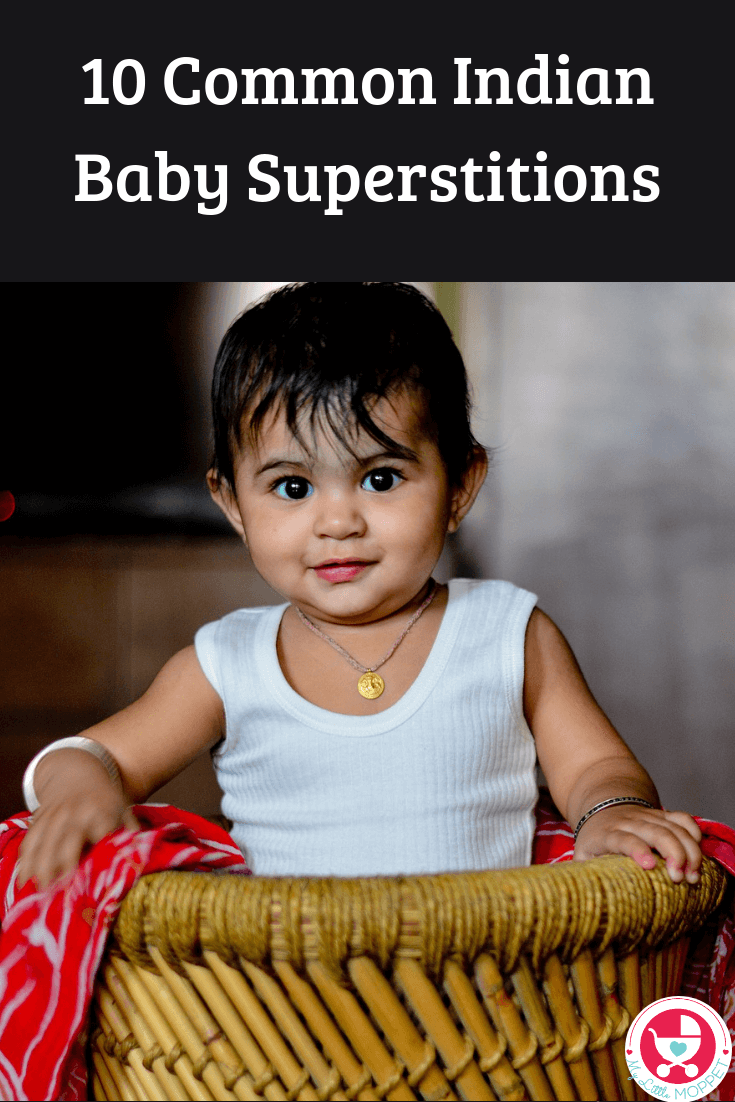 1. Don’t buy anything for the baby before the actual birth. 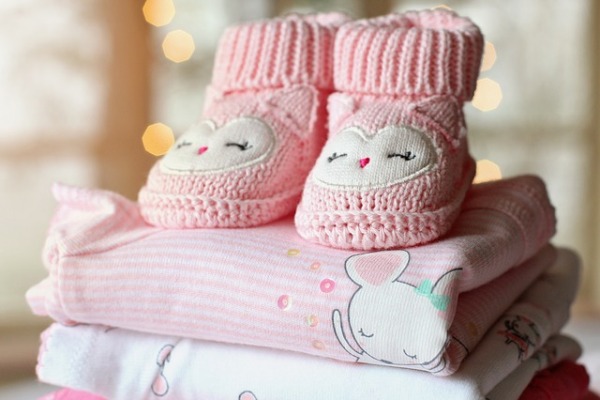 This is a superstition that every one has heard, across all social divides. The belief is that getting things for an unborn child can prove unlucky for the baby. Basically, it’s seen as counting your chickens before they hatch, and tempting fate.

The truth is that infant mortality was quite high earlier, with poor medical support during childbirth and newborn care. In such a high risk scenario, a belief like this probably made sense, but it doesn’t anymore. It can be quite annoying to run around scrambling for baby things when everyone deserves to be spending time together with the newborn. Another extension of this rule is that someone else other than the parents may buy some things, but they can only see them once the baby is born.

2. Give the newborn a little honey to ensure sweetness in his life. 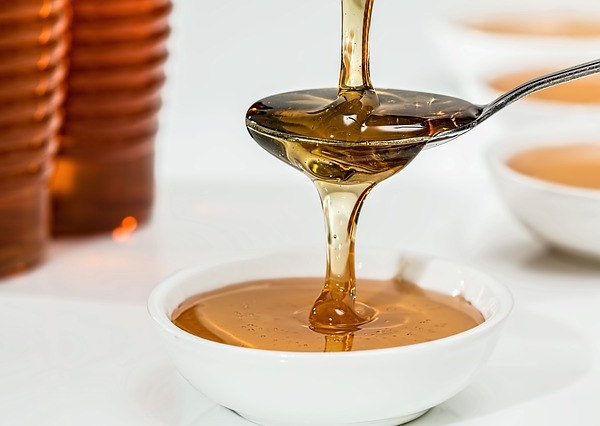 This superstition is slowly losing popularity, but there are still many families that practice this. An elder of the family usually feeds the newborn some honey, sometimes even before the baby’s first breastfeed. Yes honey is sweet, but not for a baby under a year!

A newborn’s immune system is very delicate, and honey can contain spores of Clostridium botulinum, a bacteria that can settle in a baby’s immature system and cause a fatal disease called infant botulism. All doctors and pediatric organizations across the world do not recommend honey for a baby before the first birthday due to this risk.

3. Holy thread around the baby’s neck will protect against the evil eye. 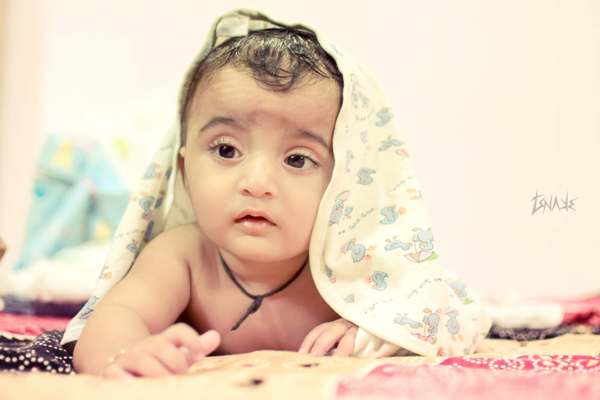 This is something seen across the country, across religions. It is a practice that is seen even in educated families.

There are quite a few reasons this is not practical for babies. First of all, any kind of cord/string around a baby’s neck poses a strangulation risk, which is why even baby clothes without strings are recommended for infants. Another fact is that this thread isn’t changed everyday, so it usually gathers dust and dirt from wherever the baby is lying or crawling. This can lead to skin infections, or a tummy infection if baby puts it in his mouth. It can also cause a rash by rubbing against baby’s sensitive skin.

Threads around the wrist aren’t a strangulation issue, but if it comes off, the baby can swallow it.

4. Kajal keeps the evil eye away. 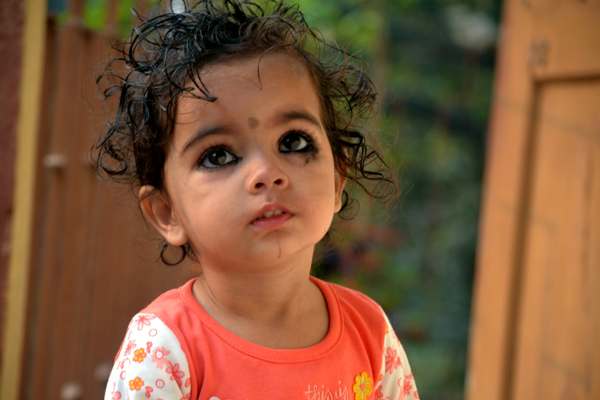 The evil eye is a major starting point for many superstitions, especially when it comes to babies. While many steps are taken to keep the evil eye away, one potentially harmful one is lining young baby’s eyes with kajal or surma.

Most kajal that is available today contains lead, which can be very harmful to babies by entering the baby’s system. It can go so far as to affect baby’s eyesight. In less severe cases, kajal can cause eye infections and irritation, especially if applied with unclean fingers. The very process of applying kajal can be dangerous as babies can move suddenly causing injury to the eyes. 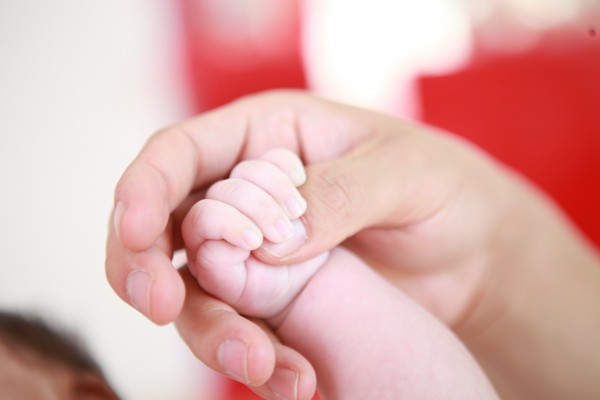 This superstition actually makes some sense, especially considering that lack of electricity in the old days meant poor visibility in the evenings. Cutting a baby’s nails is a difficult task in itself, and doing so in dim light can be dangerous.

However with enough lighting and electricity these days, this rule doesn’t apply anymore. A baby’s nails need to be trimmed regularly so she doesn’t scratch herself and break her skin, which can cause infections later. 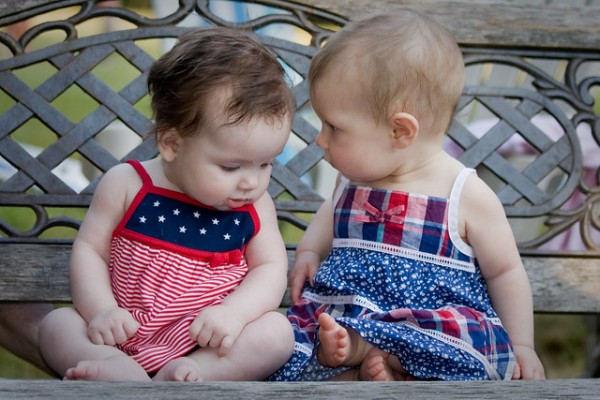 This is another superstition born from the evil eye syndrome. The belief is that if you compliment a baby saying she looks plump, or smart, the opposite will happen – i.e. she might lose weight or become dull. This is a superstition that’s prevalent not just in India but in many other countries too. In fact, in some nations, people go so far as to insult babies so evil spirits wouldn’t get jealous!

Some people go ahead and praise the baby, but then they do something to nullify the evil effect, like spitting to the side or touching a wooden object. 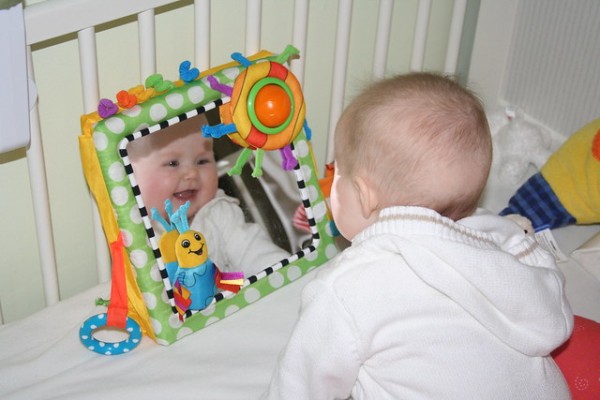 This superstition is another one that has international appeal, albeit with varying reasons. Some people believe that this decreases the baby’s intellect. Some believe that evil spirits will steal the baby’s soul. Others believe it would somehow prove dangerous to the baby.

It’s hard to find any logic that justifies this one. On the other hand, most learning equipment or gear designed for babies have mirrors, and it is actually said to help babies’ brains develop better. If you notice, a baby quite enjoys looking at herself in a mirror! 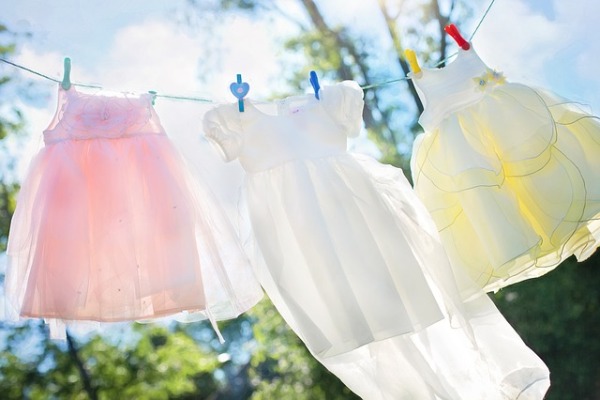 This superstition is seen in Indian and in a few other countries too, like Mexico. There could be a few reasons why this rule came into place.

Baby clothes left outside overnight can become home to all kinds of creepy crawlies, which might jump out suddenly when you’re trying to dress your baby. Another reason is the accumulation of dew, which can make baby clothes damp and smelly. Some animals also roam around at night, and they might lick the clothes or try to chew them, leaving their saliva on the clothes. If you live in a house, these rules may apply, but not if you live in an apartment.

9. Keep a knife under the bed. 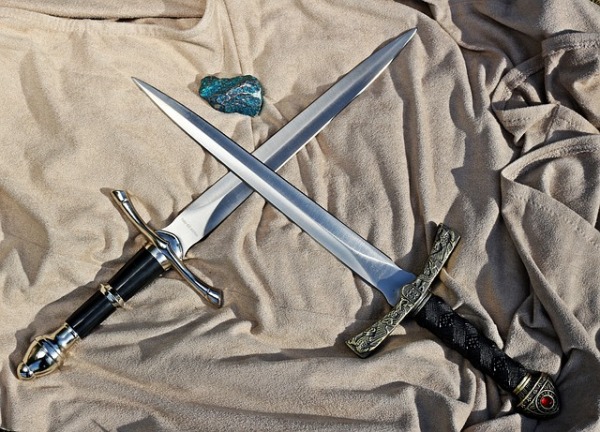 This is a common superstition that is believed to dispel bad dreams and help the baby sleep comfortably. In some places, an onion is also placed with the knife. It is difficult to understand where this originated from. We can only assume that it probably meant that if you had many enemies, you’d sleep better knowing you were armed!

This is a definite no-no for babies, no matter how think you think the mattress is. Babies and toddlers can be very curious, and their little hands can get to all kinds of difficult-to-reach places. You don’t want to risk a bloody accident in the middle of the night for the sake of a superstition.

10. Let the paternal aunt blow into the baby’s mouth. 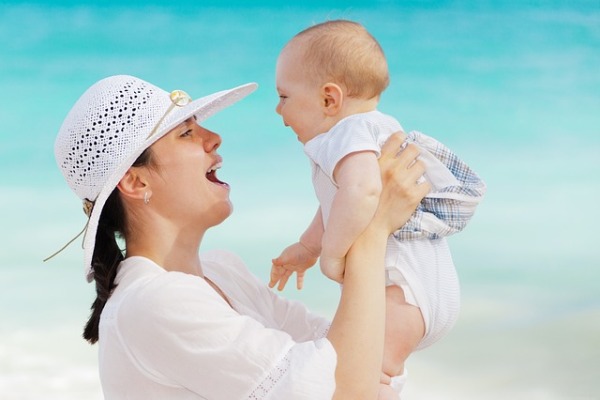 Yes, this is actually a superstition in some parts, that blowing into the baby’s mouth will ease teething pain in the baby. And it should be done by the father’s sister, or paternal aunt! I don’t think there’s any need to elaborate on how harmful this can be to the baby, not to mention disgusting! There are all kinds of teething remedies you can try, rather than leave the baby at risk to infections. 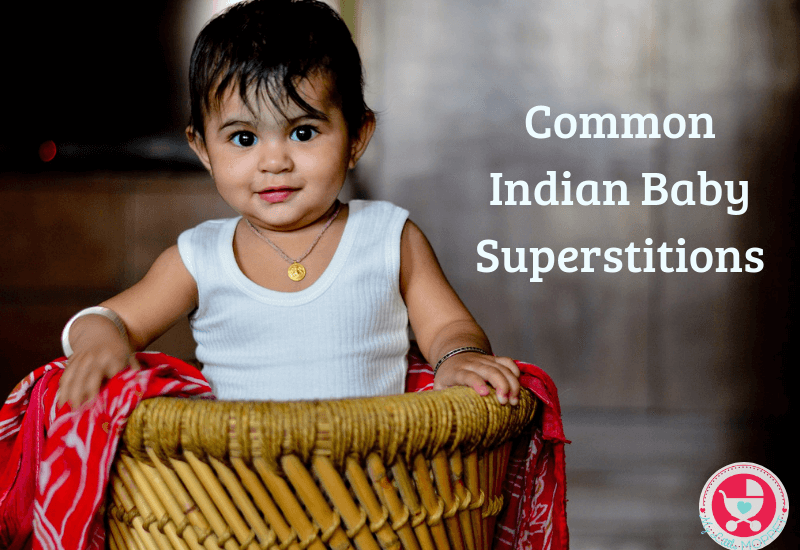 Some superstitions are just harmless and following them may be easier than arguing with your relatives! That’s okay too, as long as you know that it doesn’t harm your baby. At the end of the day, it is up to you as parents to take the final decision on anything regarding your child, so more than anything else, trust your instincts!