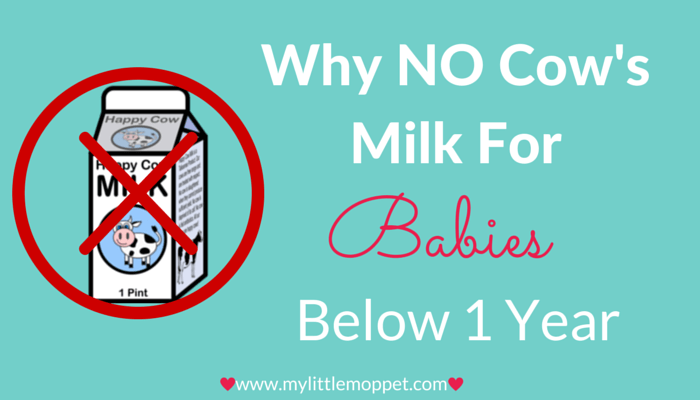 Jump To hide
Why NO cow milk for babies before 1 year?
Buy Healthy Nutritious Baby, Toddler food made by our own Doctor Mom !

Milk is synonymous of Cow’s Milk in our country, though cow’s milk has all the necessary nutrients for children, it might not suit babies less than a year.

Many are ignorant of the fact that cow’s milk might not suit an infants stomach not taking in the nutritional harm it causes in replacing breastmilk.

Feeding an infant cow’s milk is one of the main reason of diarrhea and malnourishment in India.

There are lot of different opinions for introducing cow milk for babies below 1 year.

Most of the pediatricians do not encourage cow’s milk in the first year of life.

When the baby crosses its 6th month there is lot of pressure on the mother to start cow’s milk, as the popular belief is that mothers milk would not meet the growing baby’s demand. It is not true, as giving cow’s milk may harm the baby rather than helping them. 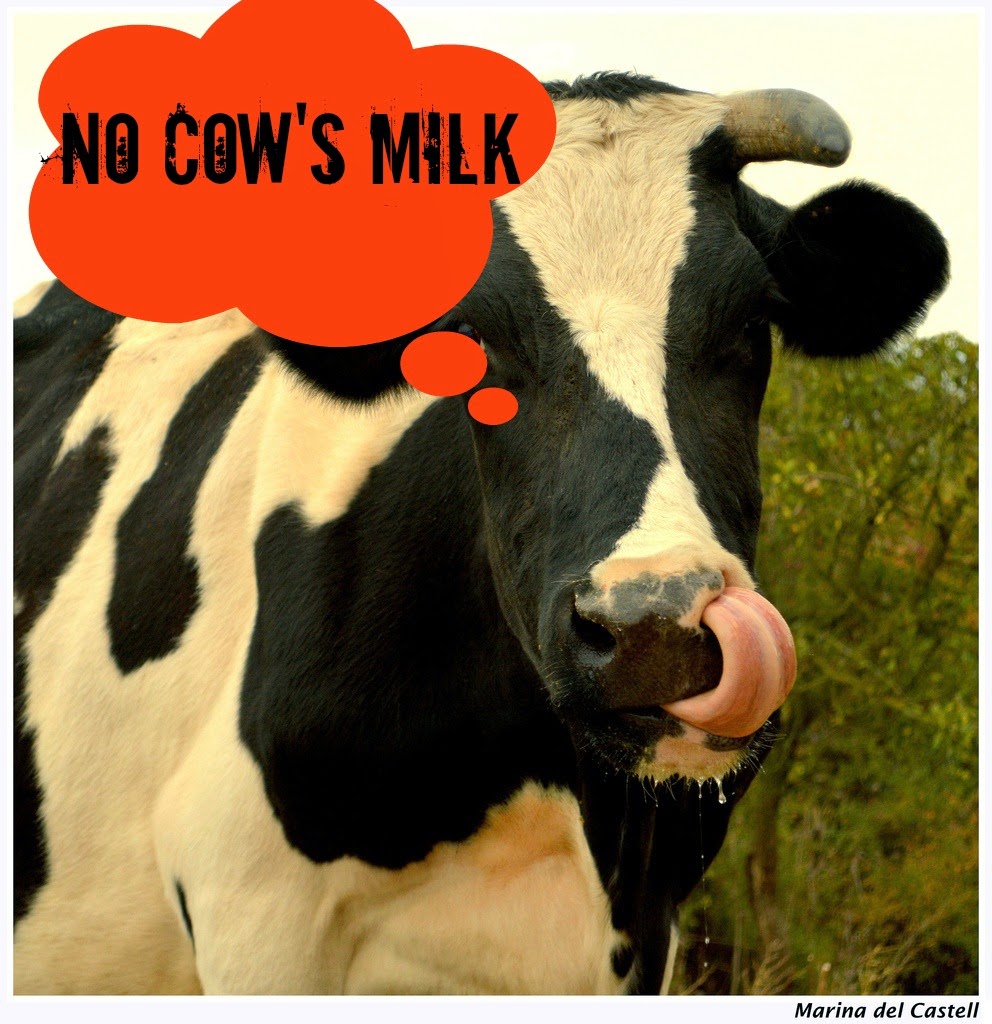 Why no cow milk for babies

Why NO cow milk for babies before 1 year?

When the above question is put through the pediatricians, they answer in medical jargon that cow’s milk has more proteins, more fat less iron etc… This answer satisfies the parents, and the implication behind it is forgotten.

To understand clearly why it should not be given, let us first compare Human milk with Cow’s milk. (only the important aspects are compared, there are more constituents in both the milks)

1. Protein
As you can see in the table, the proteins in the cow’s milk are 2 times more than human milk. Calves need more proteins to grow quickly, whereas babies need fewer proteins and more fat, as the energy derived from fat is used for the development of brain, spinal cord, and nerves. Proteins are also difficult to digest by the babies.
2. Casein; Whey protein Ratio
Cow’s milk contains more casein than human milk.  Casein is difficult to digest by the babies and may lead to constipation or Diarrhea. They also cause allergies in infants.Infant formula feed is formulated in a such a way that it contains the same ratio as breast milk.
3. Fat

The table shows that human milk contains more Unsaturated Fat than cow’s milk. There is an important significance behind it

The calcium content in cow’s milk is nearly 4 times more than Human milk since calves have a large skeleton and need more calcium for their growth. The American Academy of pediatrics has proved by studies that, even though the calcium content in breast milk is less, it is better absorbed by the babies than the cow’s milk.
5. Iron
Cow’s Milk contains very little Iron, so babies on cow’s milk develop Iron Deficiency Anemia.
6. Salts
As you can see from the table, the levels of Sodium, Potassium, Magnesium, Phosphorous are very high in Cow’s milk and they impose a heavy load on the infant’s immature kidney, which forces more water to be drawn from the body for the excretion through kidneys, which may lead to Dehydration.
7. Vitamins
Cow’s milk contains less Vitamin A, C, D.
8. Allergies
Cow’s milk is more prone to allergy because of the protein composition in it.
9. Diabetes
Research has shown that insulin dependent Diabetes is less common in infants who are exclusively breastfed the first year of life.
10.“Cow’s Milk is intended for Calves and Breast Milk for Babies”.
After 1 year
After 1 year, whole Cow’s Milk preferably Organic milk can be given up to 2 years as the baby starts eating solids its nutrient requirements are met by vegetables and fruits. Around 2 cups a day can be given preferably in a sippy cup. Also, other dairy products like curds, paneer, unsalted cheese are encouraged as a part of the toddler’s diet.
After 2 years
Low-fat organic milk can be given after 2 years.
If breast milk is inadequate, formula feed fortified with Iron, DHA, AA, Vitamins are available in the market and can be given until 1 year.
For regular updates, follow me on Google +, Twitter, Pinterest, or liking my Facebook page My Little Moppet.
Reference
1. AAP Publication on Cow’s milk in complementary feeding
2. Committee on Nutrition of American academy of Paediatrics
3. Iron Deficiency Anemia Zeiger et al
4. NHS 2013 5. http://pediatrics.aappublications.org/content/89/6/1105 6. http://can.sagepub.com/content/1/3/133.abstract 7. NSA 2002
5. http://kellymom.com/nutrition/milk/milk-supplements/#cow