If you’ve been following the news lately, you must be aware of the outbreak of the Nipah virus in a part of North Kerala. The media has been abuzz with mention of this virus, and not without reason – many people have already lost their lives to this deadly virus. 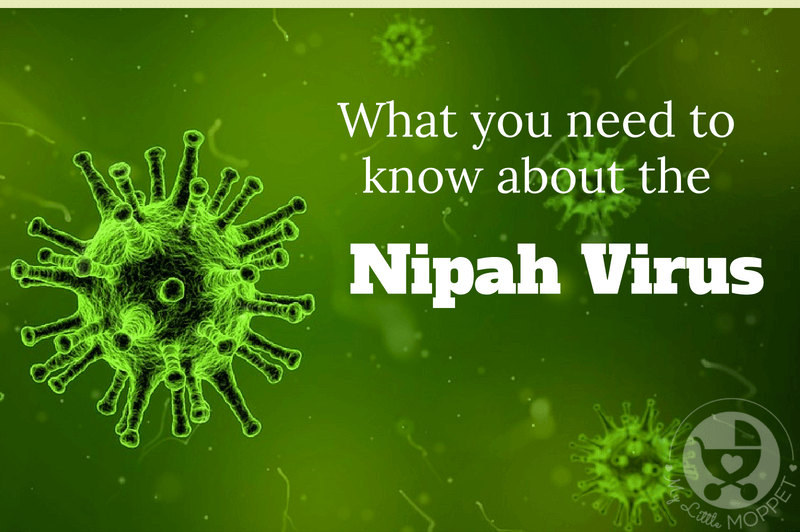 This isn’t India’s first time with the Nipah virus. After the virus was discovered in Malaysia in 1998, there was an outbreak in Siliguri, West Bengal in 2001, which took six months to identify and claimed 45 lives. While the virus has been identified earlier this time, the seriousness of the illness makes it absolutely essential that we are all well-informed so we can take adequate steps to protect ourselves and our families.

The Nipah virus (NiV) is one of the five species of the Henipavirus genus. ‘Nipah’ is the name of a place in Malaysia, from where the virus was first discovered in humans in 1998. Since then, there have been eight outbreaks, most of it in Bangladesh and neighboring areas in India, like West Bengal. This is the first time the infection has occurred in South India. Nipah has been included in the WHO’s ‘Blueprint List‘ of viruses that are likely to cause a future endemic. 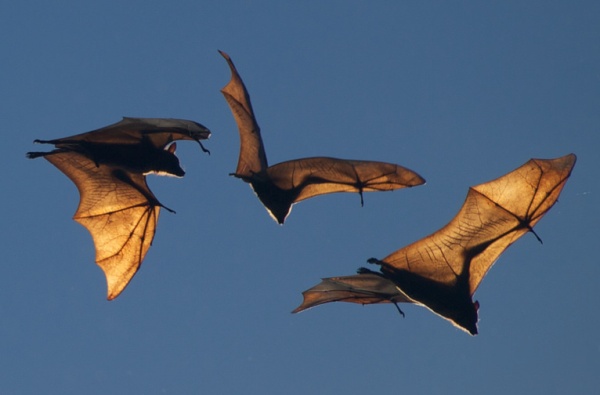 Nipah is a zoonotic virus, which means it is transmitted from animals to humans, although there are increased reports of human to human transmission. Horses and pigs have also been victims of the Nipah virus. The virus is usually carried by flying foxes, also known as fruit bats.  It thrives in a warm and humid environment, which makes Indian summers particularly susceptible.

The Nipah virus is not an air borne infection. It is spread through fluids like sweat, saliva, blood and urine. The disease affects humans who come in direct contact with body fluids from infected bats, like consuming fruit that has been eaten or licked by them. Fruit bats also drink from open containers kept for collecting date palm sap, and sometimes urinate in them. When people consume palm sap that has been contaminated by bats, they can get infected. 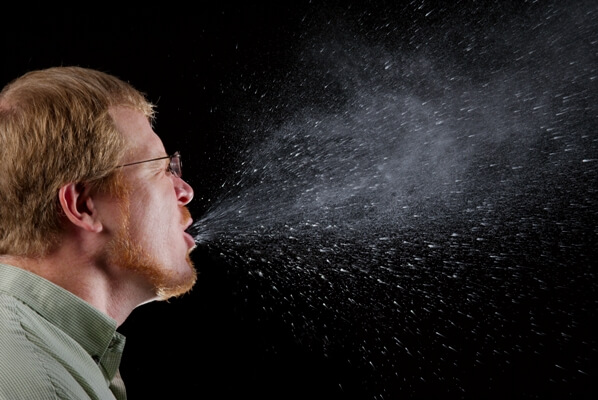 Human to human transmission is also through body fluids. For instance, droplets are released when an infected person sneezes or coughs, and when these land on another person’s hand and he takes it to his mouth/nose/eyes, the virus can spread. This makes family members of an infected person and the medical staff taking care of him at a higher risk. In fact, during the outbreak in Siliguri, 75% of cases were reported among hospital staff or visitors for the patient.

The current outbreak is believed to have originated when a family of three cleaned out an old well that was infested with bats. Those who work with animals who may have come in contact with infected bats or their fluids are also at risk. While people who live in areas surrounding forests are in more danger, those in cities also need to be careful since urbanization has caused bats to move out of their original habitats.

Symptoms of a Nipah Virus Infection 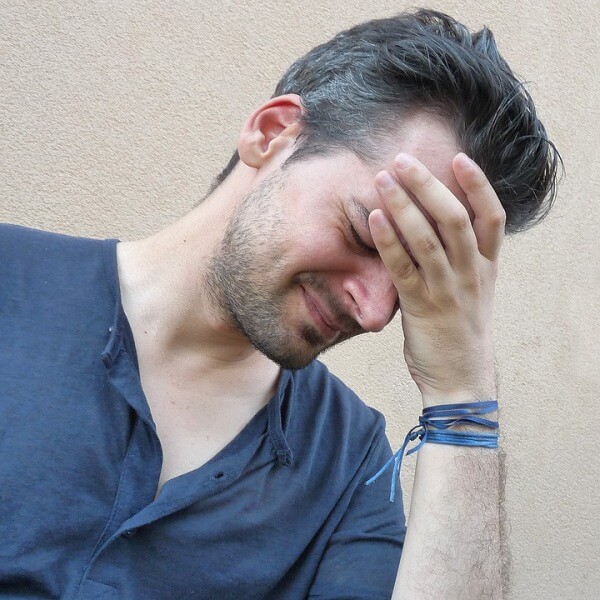 A Nipah virus infection has many signs similar to encephalitis, which is why a Nipah diagnosis often comes later. There is an incubation period ranging from 4-14 days, during which infected people may begin to show symptoms. After that, the symptoms progress quickly and can reach severe conditions over a period of just 48 hours.

Here are some of the common symptoms of a Nipah infection, in order of increasing severity:

The lungs are affected in 75% of Nipah virus cases, which means respiratory symptoms are a strong indicator of an infection. In extremely severe cases, these symptoms progress to inflammation of the brain or encephalitis, and may result in organ failure, coma or death. A Nipah infection is mostly fatal, with an estimated fatality rate of 40-70%, though this depends upon the particular strain of the virus. 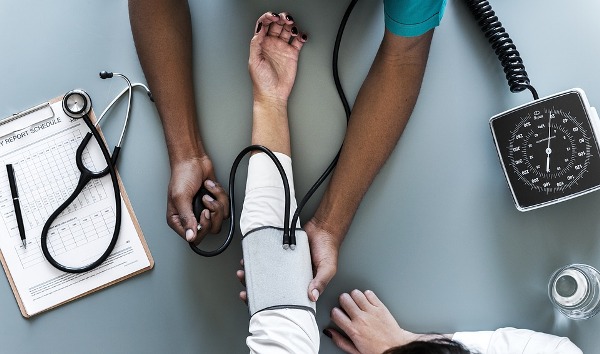 There is currently no treatment or vaccine for the Nipah virus, although a drug is currently being tested on monkeys. The only treatment specified by the WHO is ‘intensive supportive care’ which refers to tackling whatever problem the patient is currently facing. A high fever will require paracetamol, dehydration requires IV fluids and respiratory distress will need oxygen support. While there are specific protocols in place about quarantining the patient and getting him or her tested, the treatment is largely based on the patient’s current condition.

People who survive a Nipah infection are expected to recover fully, although some people may display some neurological symptoms like seizures or personality disorders later. A small number of people may relapse or move into full blown encephalitis.

Due to the quick onset of symptoms and lack of specific medicines, prevention is extremely crucial when it comes to the Nipah virus. Here are a few tips to stay safe and protect your family from Nipah.

10 Tips to Stay Safe from the Nipah Virus 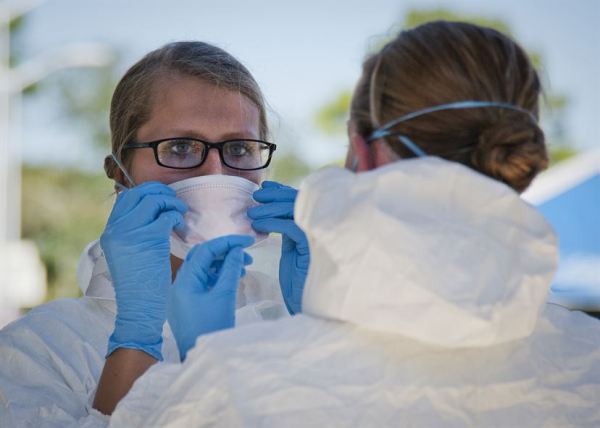 1. First of all, stay calm and don’t panic. It is easy to start thinking of worst-case scenarios, and half-baked information only makes things worse. Get your information from reliable sources like your government health announcements or the WHO website; not your friends’ Whatsapp group.

2. Maintain utmost personal hygiene, especially when it comes to hands. Wash hands well with water and soap regularly, especially after coming in from outside or having any physical contact with strangers.

3. Avoid touching your mouth, nose and eyes unnecessarily and keep your kids occupied so they don’t do it either.

4. Stay away from crowded places where people may cough or sneeze on you. It’s best to postpone any trips to places where the infection has been confirmed.

5. Cancel trips to animal farms, zoos etc. till you get an official announcement that the virus is successfully contained.

6. Don’t share water bottles, cups and spoons with others, and use your own towels and handkerchiefs. 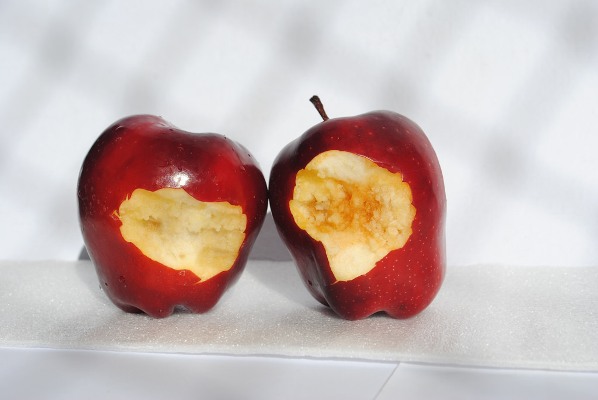 7. Thoroughly wash fruits, preferably with soap and water, and peel them before eating. Avoid consuming fruits that have been partly eaten or bitten. It’s also recommended to stay away from un-pasteurised fruit juices.

8. If you live near forested areas or places with lots of trees and/or caves, install meshes on your windows and keep the door closed at all times.

9. Be extra cautious when handling animals and watch out for any symptoms of illness. Wear gloves and avoid coming into direct contact with their body fluids.

10. If you are a healthcare worker, veterinarian or work with animal products, follow these additional guidelines:

Please avoid circulating news or information that you are not sure of – it creates unnecessary confusion and can even prove dangerous. In case you notice any symptoms mentioned above, do not panic. If you live in an area where there hasn’t been any case of Nipah, you most likely have the common cold. However, it’s safe to visit your doctor or go to the nearest hospital, where your doctor will decide the next line of treatment. Do not wait or attempt self-treatment; remember that early detection of the virus can prevent it from attacking critical organs, making the infection more severe. With proper care and updates from reliable sources, you can continue to lead your normal life and keep your family safe. 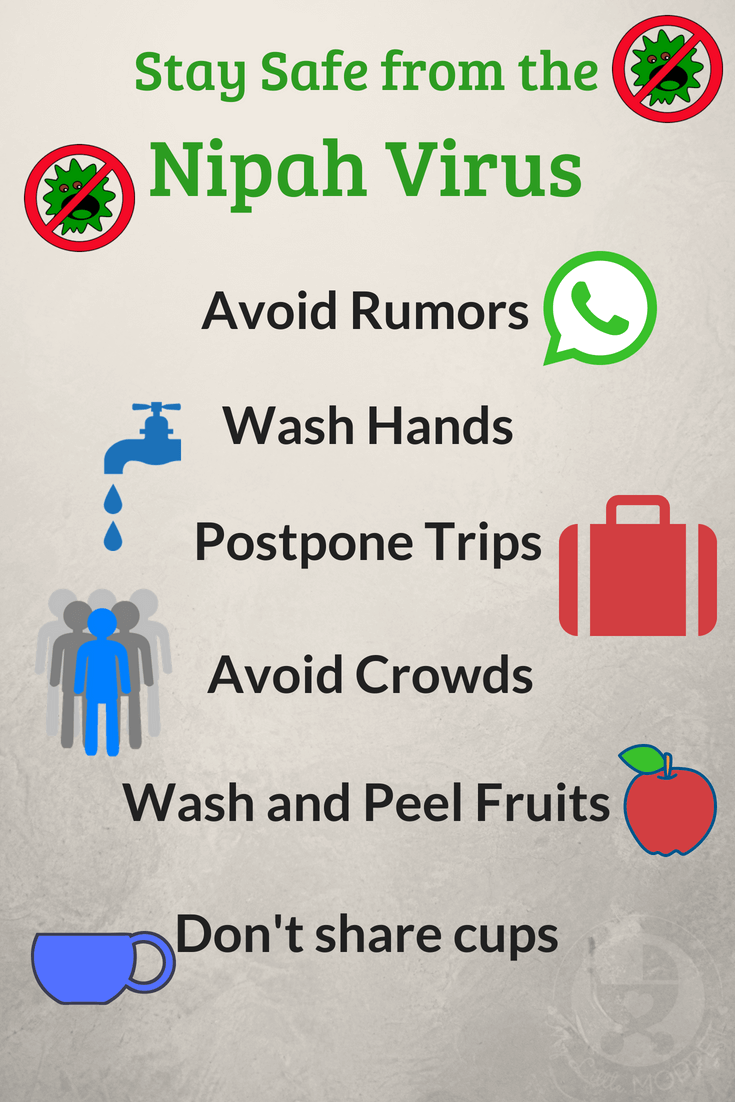