Kiwi fruit has become very popular in Indian homes nowadays but when it comes to little ones, parents ask: Can I give my Baby Kiwi Fruit?

Jump To hide
Health Benefits of Kiwi Fruit
Can I give my Baby Kiwi Fruit?
Tips to Buy and Store Kiwi Fruit
Healthy Kiwi Fruit Recipes
Buy Healthy Nutritious Baby, Toddler food made by our own Doctor Mom !

When you hear of kiwi fruit, the country that comes to mind is New Zealand, the home of the kiwi. However, few people know that the kiwi fruit actually originated from China, and was originally called the Chinese gooseberry! It was when the fruit began to be grown in New Zealand that the name was changed, since the outer part of the fruit closely resembled the kiwi bird, a New Zealand native. 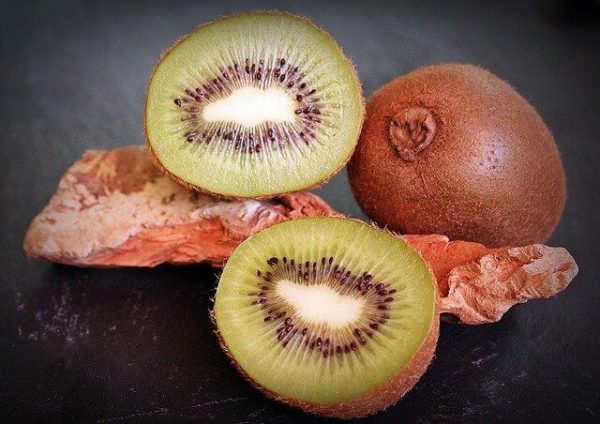 Even today, kiwi fruits are grown mainly in China, along with Taiwan and Nepal. It has become increasingly popular in Indian homes nowadays, and is being grown in Arunachal Pradesh, Himachal Pradesh, Jammu and Kashmir and Meghalaya. There are approximately more than 40 varieties of kiwi fruits across the world. The most common varieties of kiwi found in India are Allison, Tomuri, Abbott and Bruno.

Kiwis have a fuzzy brown skin and bright green flesh, and can be scooped out easily. The flesh has a slight tartness which complements its sweetness. The skin is also suitable for consumption, but most people prefer only the flesh. Kiwifruit is eaten raw or juiced, and it is often used in desserts for its flavor and its bright color for garnish. Kiwi is rich in Vitamin C, K and E, dietary fiber, folate, copper, potassium and loads of antioxidants.

Can I give my Baby Kiwi Fruit?

The amazing fact about kiwi fruits is that it is nutrient dense, like other fruits like oranges, apples and bananas. Kiwi fruits can be introduced to babies after 6 months. Kiwi can be slightly acidic, so it’s best to be introduced in small quantities to rule out allergic reactions. Start by mashing the flesh well and offering small quantities. For babies above 8 months, large chunks of peeled kiwi fruits can be given as finger foods.

While introducing any new food, offer it only in the first half of the day. Once baby has become familiar with the food, you can give it any time of the day. Even though the 3 day rule is obsolete now, it’s better to be followed if there is a history of allergies in the family.

Kiwi fruits contain a compound called actinidain, which can cause allergies in some people. If the child displays symptoms like hives, swelling of the eye or tongue and face, breathing difficulty, stomach pain, severe diaper rashes or burning sensation in the throat, he needs to be rushed to the doctor right away.

Choose plump fruits which are soft and fragrant as hard fruits may be unripe and taste sour. The fruit should slightly give in when pressed. However, if you do get hard fruits, they can be ripened at home. Either store them in a paper bag at room temperature or in the fridge for delayed ripening.

Kiwis last up to three weeks if refrigerated and up to five days at room temperature. Keep them away from direct sunlight to avoid rotting. 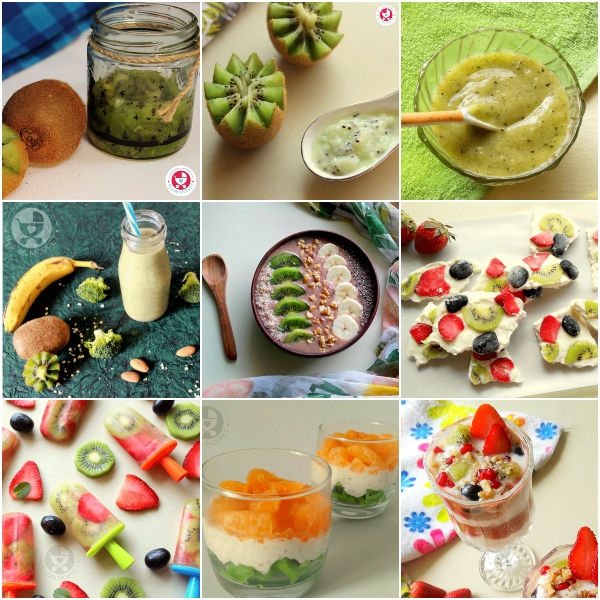 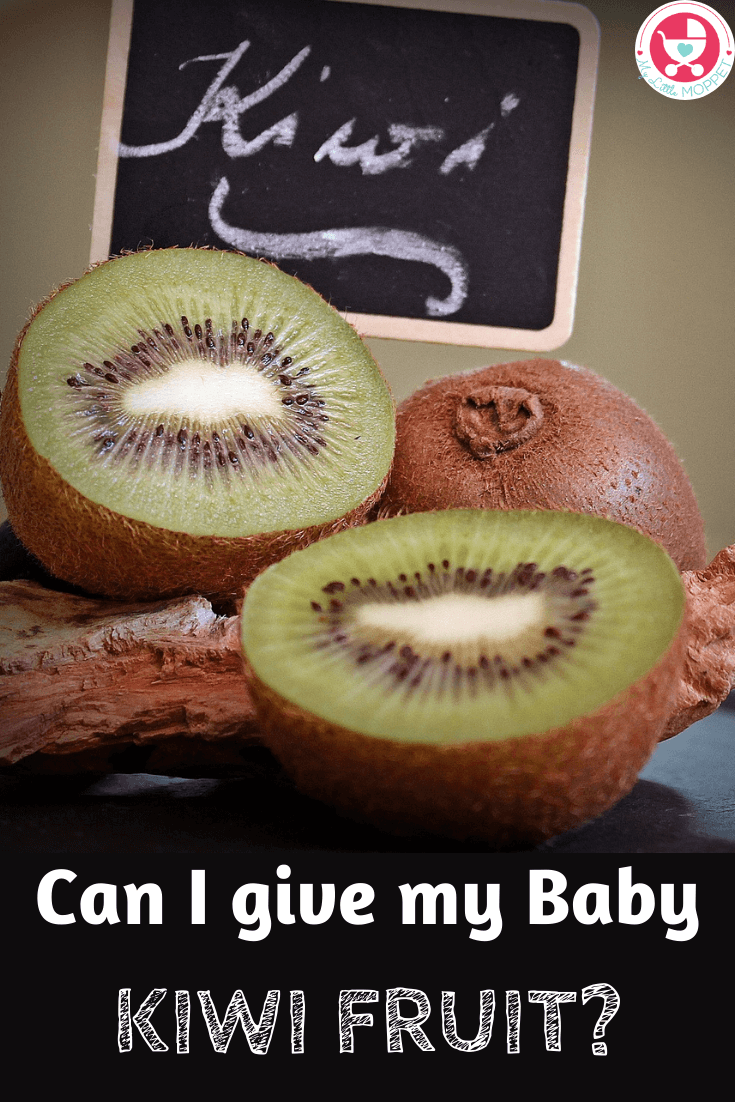