“The true face of smoking is disease, death and horror – not the glamour and sophistication the pushers in the tobacco industry try to portray.” ~ David Byrne

What comes to mind when you hear the word ‘tobacco’? Probably a bunch of old cronies sitting under a tree, smoking away as they talk about the good ol’ times. Or maybe you think of a pot-bellied, middle-aged man, chewing paan as he orders his servants around. The last thing you would associate with tobacco is your children. Unfortunately, that’s where most parents like you and me are wrong.

The truth is that if your child regularly engages in activities in public places (like most children), he or she is likely to have inhaled some tobacco. Over time, this exposure can cause serious health problems, especially regarding lung health.

Unfortunately, most of us are unaware of this scary truth, as well as some others related to tobacco consumption. 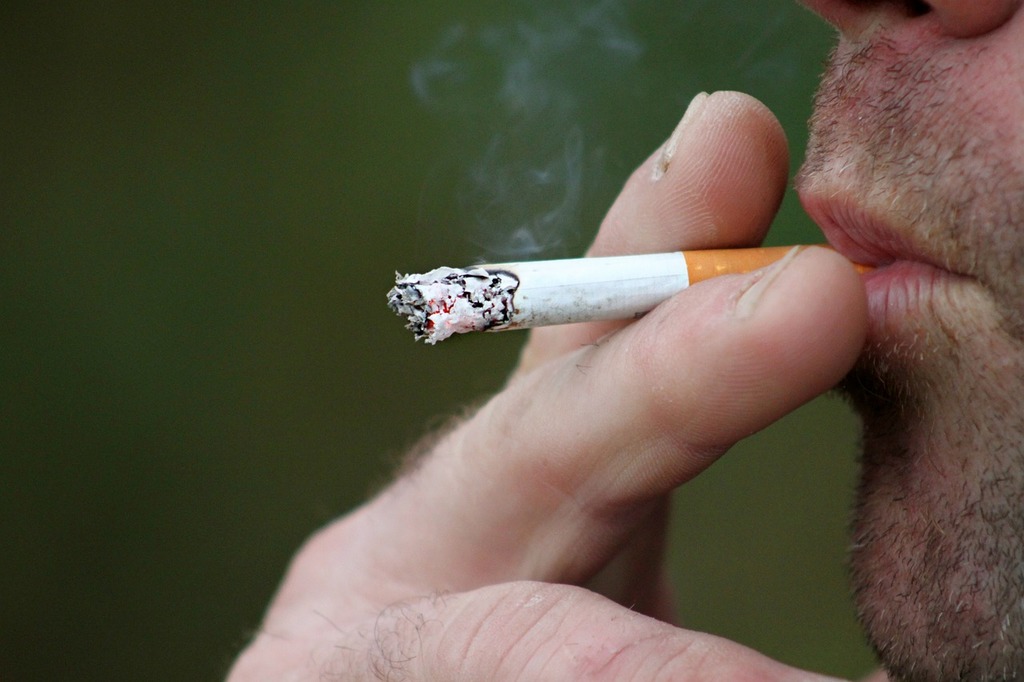 What is World No Tobacco Day?

World No Tobacco Day is observed every year on the 31st of May. It was created in 1987 by the World Health Organization (WHO), and it aims to raise awareness about the many dangers of tobacco consumption and to help those who are trying to quit. The theme of this year’s World No Tobacco Day (WNTD) was ‘tobacco and lung health’ because tobacco smoke remains the leading cause of deadly lung and respiratory diseases.

In recognition of this year’s WNTD, Dr. Villoo Morawala-Patell, founder and Chairman of Avesthagen, one of India’s leading biotechnology company was part of an educational webinar session. During the session, she raised awareness on the harmful and deadly effects of tobacco use and second-hand smoke exposure. 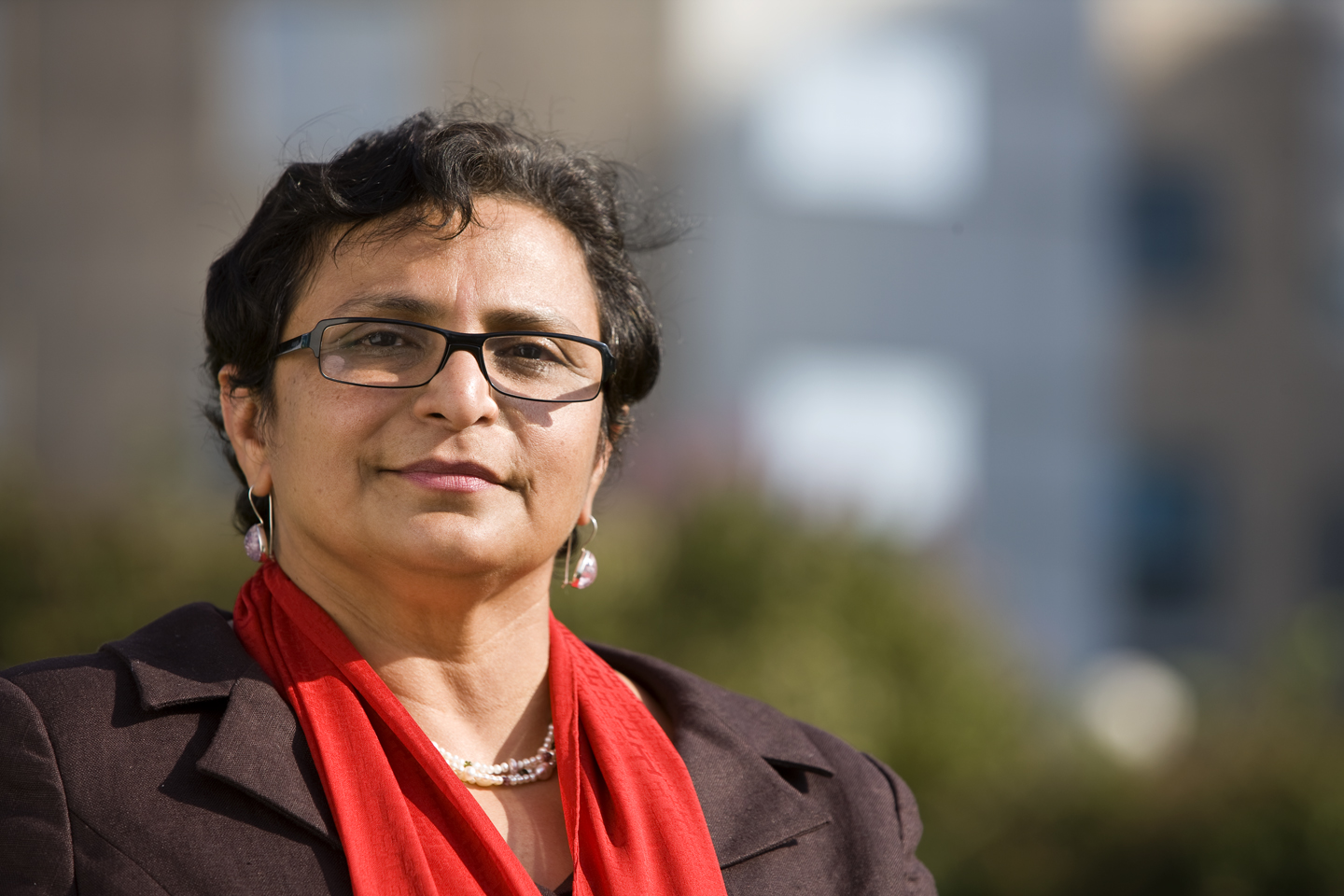 Dr. Villoo Morawala-Patell has been listed among India Today’s list of Ten Power Women. Besides being a successful businesswoman, Dr. Morawala-Patell has also contributed to the study of healthcare in India, for which she was awarded the Karmaveer Puraskar, a national award for Social Justice & Citizen Action instituted by iCONGO – Indian Confederation of NGOs.

Dr. Morawalla-Patell’s Avestagenome Project uses next-generation sequencing to identify early biomarkers of potential harm in smokers and there is also work being done on drought and salinity resistance using tobacco as a model crop for genetic engineering. In the webinar, she shares important insights about tobacco smoking in India and measures needed to control it.

World No Tobacco Day – A webinar with Dr. Villoo Morawala-Patell 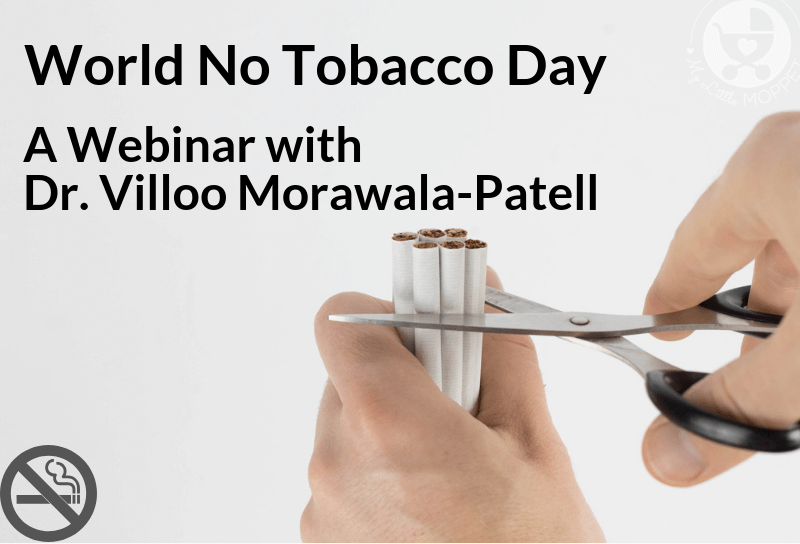 We know tobacco hurts the smoker but how about the smoker’s family?

Half of us are already inhaling tobacco fumes one way or the other, even if none of our family members smoke. So, for those whose loved ones do, it’s worse.

Tobacco smoke contains over 7,000 chemicals, 69 of which are known carcinogens. These chemicals stay in the air for up to five hours and accumulate in furnishings such as upholstery, carpets and curtains. This means the family members of a smoker are constantly exposed to all these chemicals – about as much as the smoker himself.

Over time, the tar and toxins accumulate in the family’s bodies. Now, even if the smoker does not smoke in their home, or in the presence of their family, these chemicals will be present on their clothes.

What’s more, a chain smoker can cause a serious dent to the family’s finances. Even if they choose a low-cost brand of cigarettes, they can spend over 36,000 rupees a year specifically on smoking. Then comes the additional health care costs due to the illnesses caused by smoking and the drop-in income due to sick days at work.

What are the effects of smoking on children?

Children are particularly susceptible to the ill effects of smoking. Even before birth, a fetus who is exposed to tobacco toxins (either due to the mother smoking or inhaling second-hand smoke) can experience reduced lung growth. Young children exposed to smoke are at risk for asthma, bronchitis, pneumonia and other respiratory tract infections. About 60,000 children under the age of 5 die due to second-hand smoke alone.

What’s even more unfortunate is the case of children in families who work in the tobacco industry, making products such as beedis. Such children often end up getting addicted at a young age, resulting in stunted growth, poor development and overall ill health in adulthood.

Can the ill effects of tobacco be reversed when a person quits smoking?

Yes, and it’s miraculous how much of a difference even a short period of not smoking can do. Just 6 hours of cessation stabilizes blood pressure. When a smoker stops smoking for a day, the nicotine leaves their blood, and the carbon monoxide levels drop significantly.

Not smoking for a week results in an improved sense of taste and smell, and six months after quitting shows significant improvements in respiratory symptoms and stress. Not smoking for 2-5 years has major benefits for protection against major illnesses such as heart disease, stroke and cervical cancer – reducing the risk to that of a non-smoker.

What are some tips for a person trying to quit smoking?

As soon as a person stops smoking and the nicotine begins to leave the body, he or she is likely to experience withdrawal symptoms – both physical and psychological. As these take some time to subside, it is necessary for the smoker to stick to their resolution of not smoking. A few tips can help:

Another important tip for people on the journey of quitting is to go for a yearly lung screening. This visit will help them see how much improvement their lungs are making which will be further encouragement to continue. This also helps to detect lung cancer early and get continued medical support. 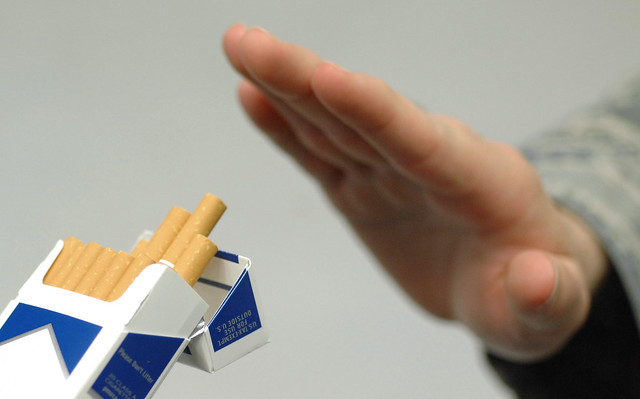 Many people seem to opt for alternative therapies such as hypnosis, acupuncture or meditation, in their attempts to quit smoking. Enough scientific data on these methods is lacking, so it’s difficult to vouch for them as complete solutions. However, they can help in easing withdrawal symptoms, identifying triggers and increasing will-power. Most medical practitioners suggest using these in conjunction with proven methods of quitting.

What can the government do to discourage tobacco use in India?

While there are laws that prohibit public smoking, most of these fail to translate into laws on the street. As a result, India is home to 12% of the world’s smokers. This puts an enormous burden on the nation’s economy.

Current campaigns are in place to discourage tobacco use mainly address the middle class; however, the common person needs more incentives to stop. Resistance from tobacco growers and tobacco sellers is another issue the government needs to deal with.

Raising tobacco taxes is one of the most effective ways to discourage tobacco use among low-income households. Studies have shown that when tobacco prices increase by 10%, the consumption automatically drops.

How can parents educate their children about the ills of smoking?

The tobacco industry is continuously targeting young consumers so that they can replace the smokers who quit or die. Due to this, tobacco marketing tends to focus on places where young people like to frequent, like movies, magazines and the internet.

Due to this, it is extremely important for parents to start the conversation on avoiding tobacco early enough. For this, a basic comfort level is essential in the parent-child relationship. Parents need to treat their children like adults, talking reasonably and encouraging questions. A moral lecture does not work, neither do rules without reasons.

For older children, pictorial warnings that are not too graphic also work to keep children off tobacco. For younger kids, fun methods like bright and colorful books may help. Here are a few children’s books that talk about the ill effects of smoking:

At the end of the day, it is the lessons taught at home that last through life. Since children learn more by watching us rather than listening to us, it is equally important for parents to practice what they preach and follow a no-tolerance policy for tobacco in their homes. With the right guidance started early, we can all work towards achieving the dream of a tobacco-free nation. 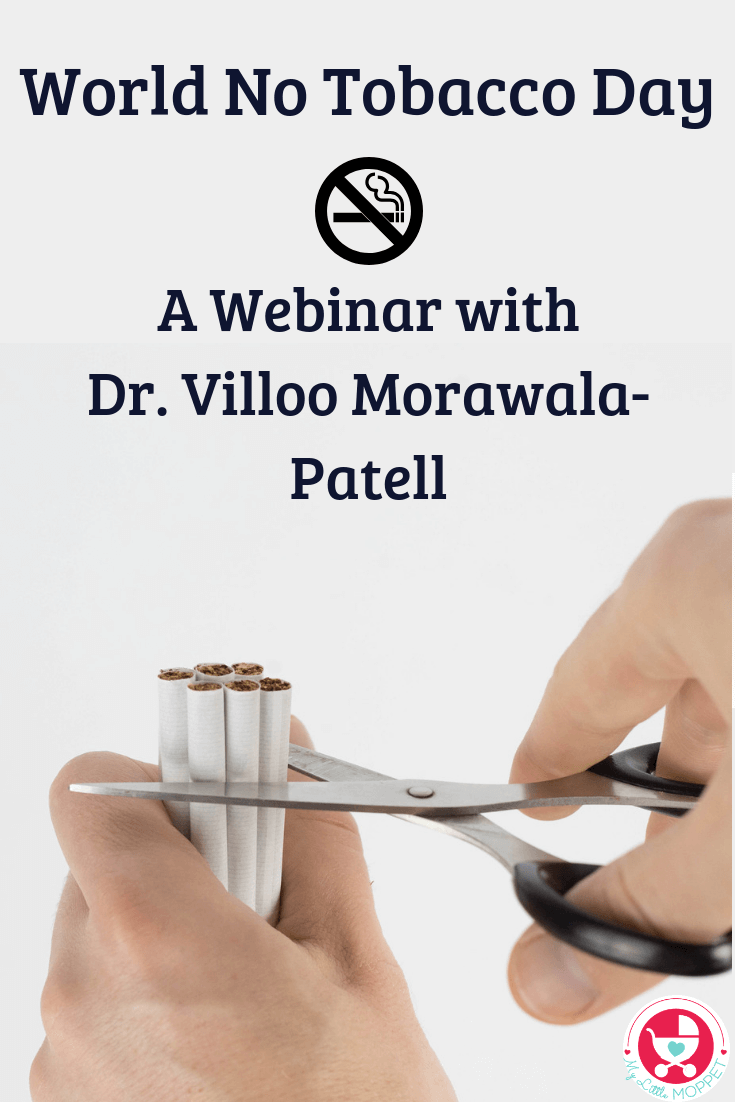