Have you noticed White Spots on Nails on your child’s hands or feet? Find out what they could be and what you can do about them.

You may remember noticing white spots or lines on your finger nails when you were a child. In all probability, you ran to your mother to show her, only to hear a mini-lecture on how you refusing to drink milk was wreaking havoc on your body. Most of us grew up with this idea that white spots on nails are due to a calcium deficiency. However, this one time, our Moms were wrong!

So what exactly are these white spots? Although we call them spots, they may also appear as tiny lines, covering any part of the nail. Let’s find out more about white spots on nails and what you can do about them.

White Spots on Nails – What do they mean? 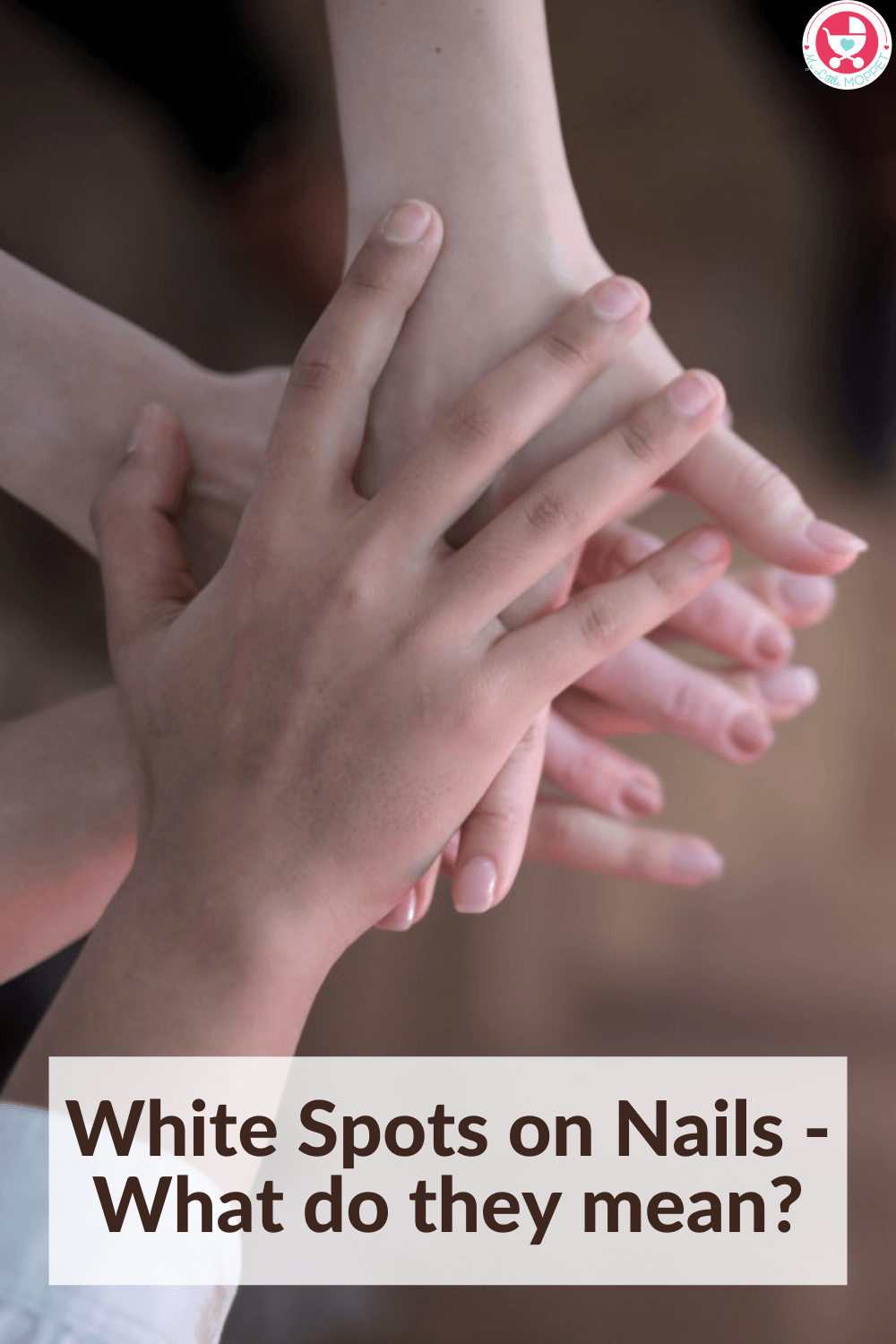 The medical term for white spots on nails is ‘leukonychia’. It is derived from the Greek words ‘leuko’ and ‘onyx’, which mean white and nail respectively. Leukonychia may appear on the finger nails or toenails. The white color is due to the light reflected from keratohyaline particles in the nail plate. 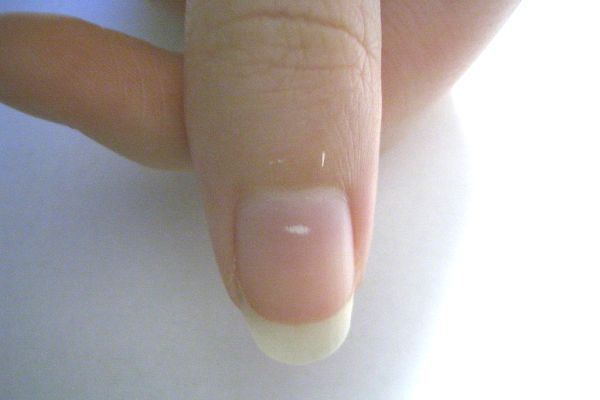 This is a very common condition, and everyone is likely to have it at some point in their lives. It appears more frequently in children since their nails are thinner, and they are also more prone to nail injuries while playing or biting their nails. Here is a look at the most common causes for white spots on nails.

Causes for White Spots on Nails 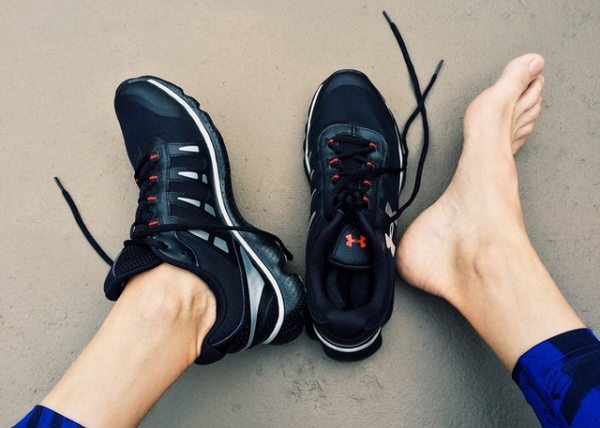 This is the most common cause for white spots on nails, both of the hands and feet, especially in children. This can be due to biting the nail, wearing ill fitting footwear or simply banging your hands or feet against a hard surface. Most of the time, people don’t even remember the cause of the injury as it happens during day to day life. White spots due to injury may take a few days to show up on the nails. 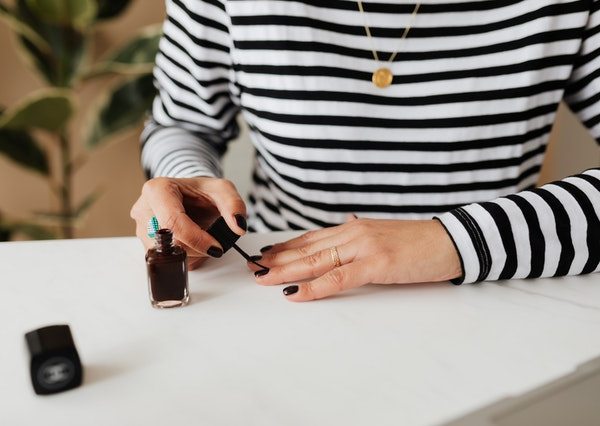 Frequent nail treatments like manicures and pedicures can damage the nail bed, leading to the appearance of white spots on nails. This can be either due to the pressure applied by the person carrying out the treatment, or due to the materials used. Acrylic or gel nails are common causes of white spots, as are allergic reactions to products like polish, gloss or polish remover, especially those which contain acetone or methyl acrylate. 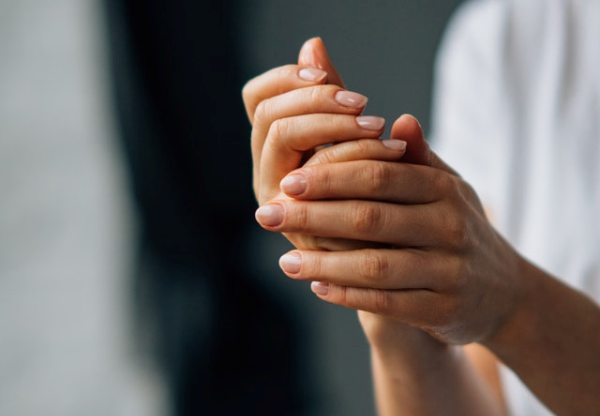 In some cases, white spot on nails may appear due to a fungal infection. A fungus called onychomycosis is characterized by white dots in the initial stage, then spreading on to cover the nail bed. Besides white spots, fungal infections may also cause thick and brittle nails. Another possible cause of white spots is inflammation, especially skin conditions like eczema or psoriasis. 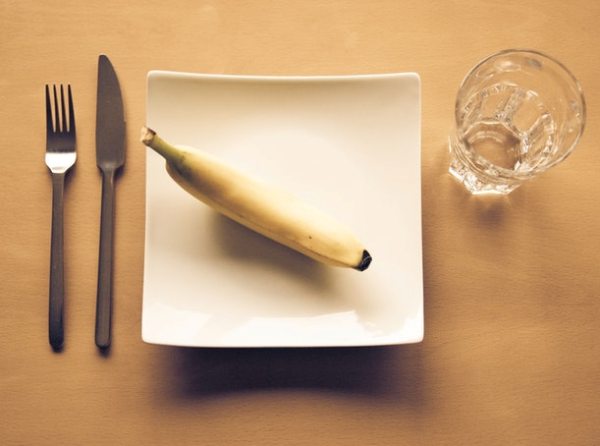 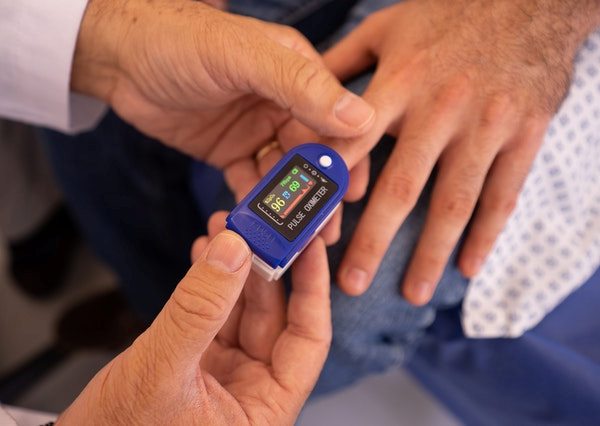 One of the main ways to identify the cause for white spots on nails is to examine the pattern of the spots. Nail injuries generally cause a large dot or line in the center of the nail, while allergic reactions show up as multiple dots across the nail. If the white spots are persistent or getting worse, it may be best to consult a doctor. Apart from a physical examination, the doctor may conduct blood tests to rule out deficiencies.

Treatment for White Spots on Nails 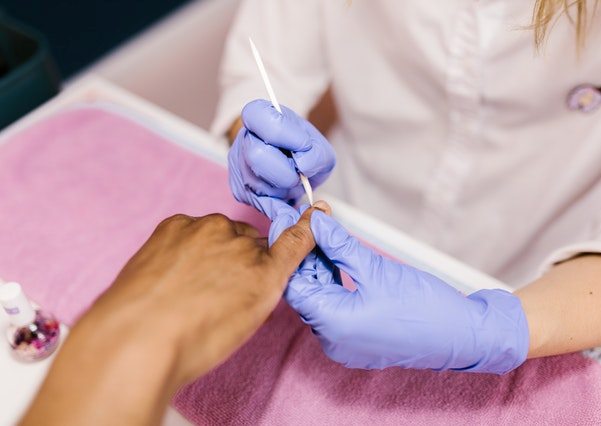 White spots on nails due to injuries generally go away with time, and need no specific treatment. In the meantime, you can nourish the cuticles and nails with a thick cream or oil. If the white spots are too bothersome, you can paint the nails.

However, other causes require different kinds of treatment. If the white spots are due to an allergic reaction, stop using the nail products or cosmetic procedures that are triggering the spots. Fungal infections will need to be treated with an antifungal treatment, usually for three months. 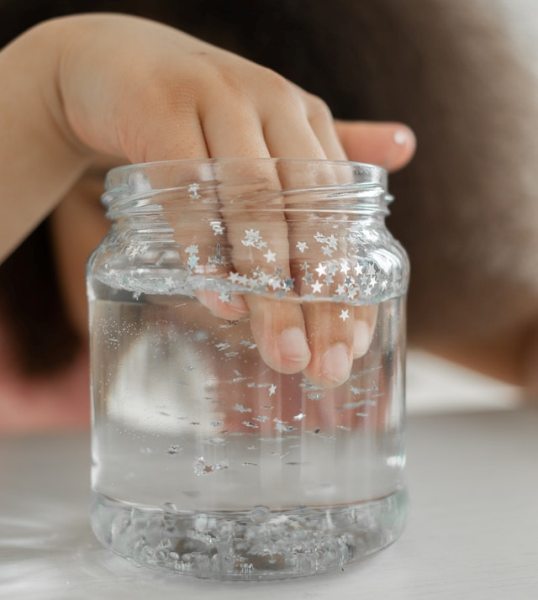 While white spots on nails require treatment specific to the cause, you may try these home remedies to reduce the appearance of the spots caused due to an injury. These remedies are suitable for children as well as adults.

1. Mix tea tree oil and olive oil and apply to the affected nails every day.

2. Make a solution of baking soda, Epsom salt, peroxide and warm water. Dip nails in this for some time.

3. Apply orange oil to the affected nail every day.

4. Dip nails in a solution of diluted vinegar for 10 minutes every day.

5. Rub lemon slices over the affected nails every day.

In addition to these tips, it is important to follow a nail-friendly diet, including foods rich in protein, zinc, magnesium and iron, such as fish, lean meat, nuts, seeds, beans, pumpkin seeds and leafy greens.

To ensure healthy nails, keep them trimmed and stop biting nails. Avoid the use of nail products like polish as far as possible. Whenever you observe white spots on nails, try to think back to any instance when they may have been injured. Look out for any additional symptoms like yellowing or brittle nails. If you notice the nail splitting or turning black or brown, it’s best to consult your doctor. 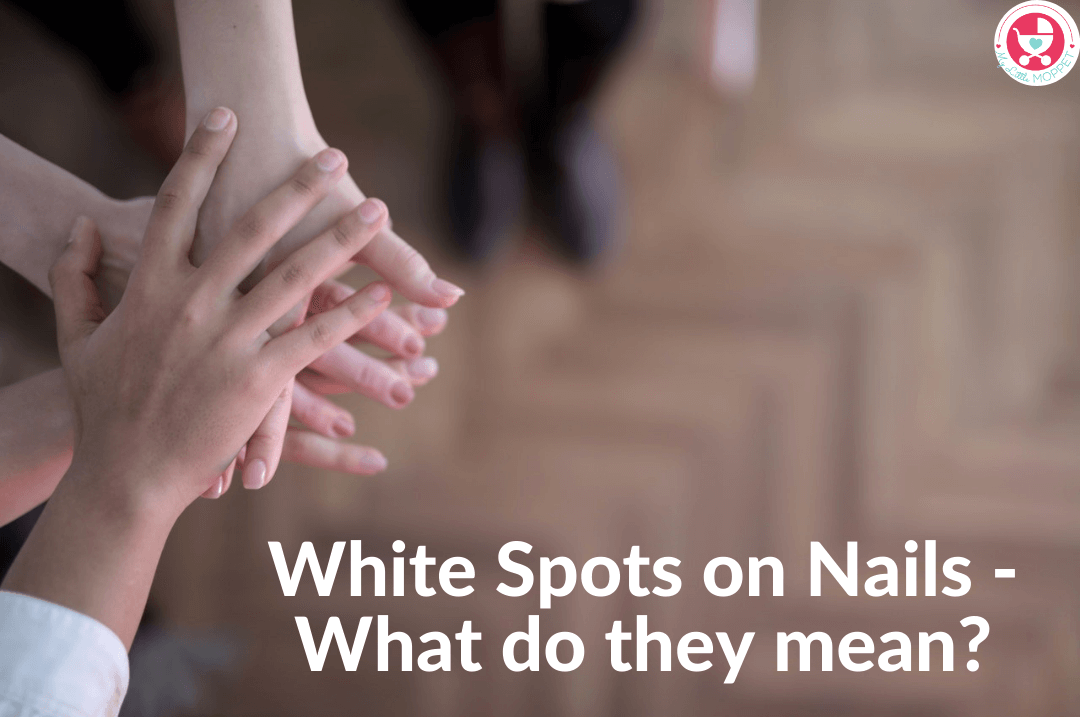