Breastfeeding is one of the most discussed topics of motherhood and also one of the most controversial! Every mother’s breastfeeding journey is unique, with it’s own particular set of challenges and joys. And when this journey ends, it entails mixed emotions. This is especially true for the many Moms who are nursing toddlers, since they’ve been at it for a while and stopping it can seem like an impossible task! The most common question Moms at this stage have is about how to wean a breastfeeding toddler gently and that’s exactly what we’re going to discuss today.

Jump To hide
When should you wean your toddler?
15 Tips on How to Wean a Breastfeeding Toddler Gently
1. Time it Right
2. Talk to your Child
3. Stop Offering
4. Go Slow
5. Increase Daytime Activities
6. Get a New Sippy Cup
7. Fill them Up
8. Stop Nursing Outside
9. Set a Time Limit
10. Leave it to Daddy
11. Sleep on the Other Side
12. Try Sleepovers
13. Focus on Brushing
14. Include Cuddle Time
15. Be Consistent
Buy Healthy Nutritious Baby, Toddler food made by our own Doctor Mom ! 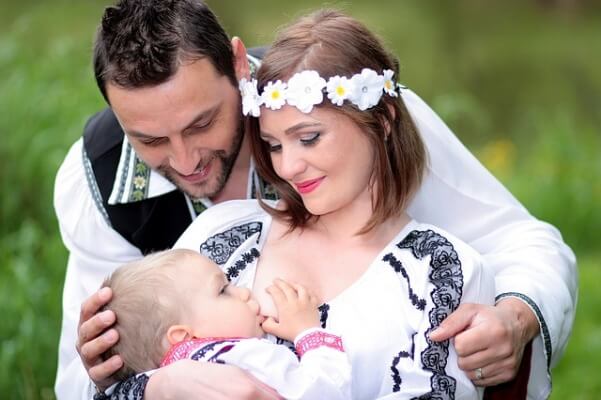 When should you wean your toddler?

There is really no prescribed time to wean your toddler, it really depends upon the mother and baby in question. The WHO recommends exclusive breastfeeding till six months of age, and complementary breastfeeding up to two years and beyond. There isn’t an end limit, and most Moms wean sometime after the first birthday and before the third.

However, many babies choose to wean of their own accord. They start showing less interest in breast milk and more interest in other foods. They often cry when put to the breast and turn their face away. Such babies or toddlers obviously need no help to wean; but others do!

You may choose to wait until your baby is ready to wean, but in many cases Moms take the initiative to start the weaning process. This is perfectly normal too; there are a number of reasons you may want to wean your toddler, such as:

Whatever your reason may be, there’s no judgement at all! It’s entirely your choice; just be sure that you’re not doing it because your neighbours or in-laws are pressurizing you. And there’s no need to feel guilty if you really want to wean your toddler. You’ve persisted till now and given your baby a good start in life – you’ve done well!

However, unlike infants, toddlers’ breastfeeding is more about comfort and security than for food. Due to this, weaning a toddler can be harder than weaning an infant, and you’ll have to deal with more than just a simple tantrum! This doesn’t mean that it has to end in tears – here are 15 tips for weaning a breastfeeding toddler gently.

15 Tips on How to Wean a Breastfeeding Toddler Gently 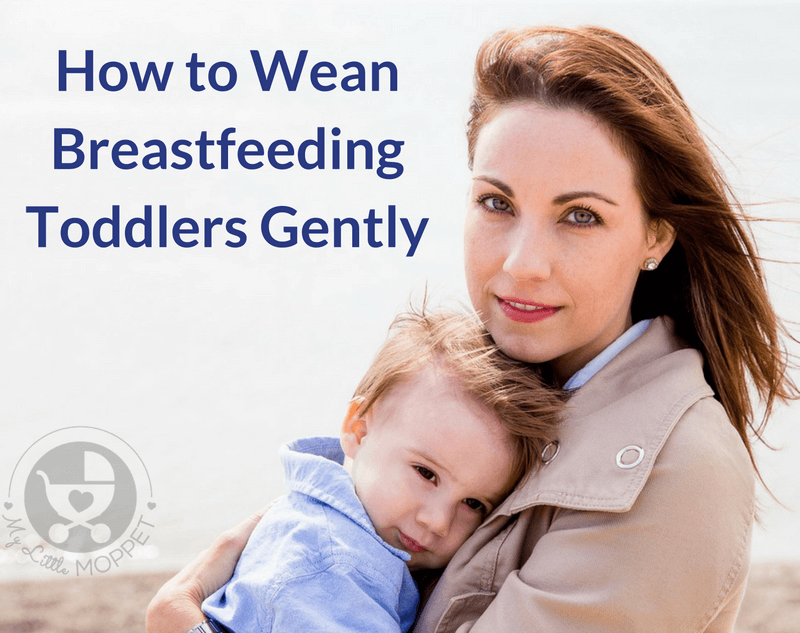 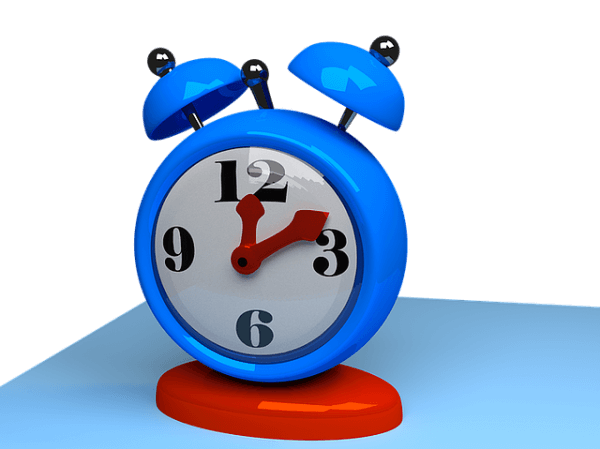 Weaning from breastfeeding is going to require a good deal of effort, so be sure to plan well ahead. The process can take anything from a few weeks to a few months, so be prepared! Make sure that this doesn’t coincide with any other major changes in your life like moving to a new home or right after a traumatic event. Also ensure that your child is healthy enough to handle this change and is eating a variety of nutritious foods.

2. Talk to your Child 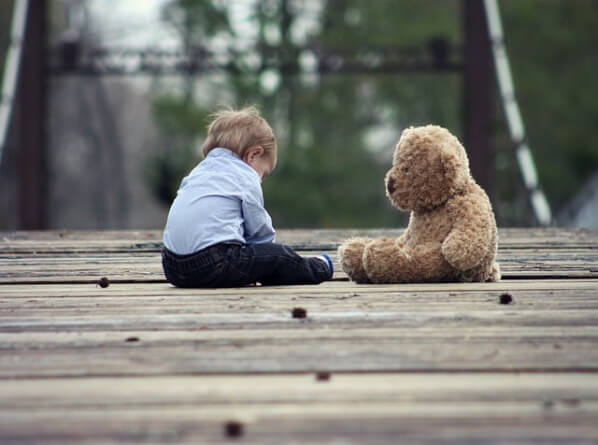 Once you’ve decided to start weaning, make it a point to talk to your child about it. Communication is essential, so that your child gets some time to emotionally prepare. Tell her in advance that after Christmas, you’re planning to cut down on the number of feeds. Don’t make it sound like a punishment or as if something bad is happening. Talk like it’s just a regular thing, that kids do when they are getting big. 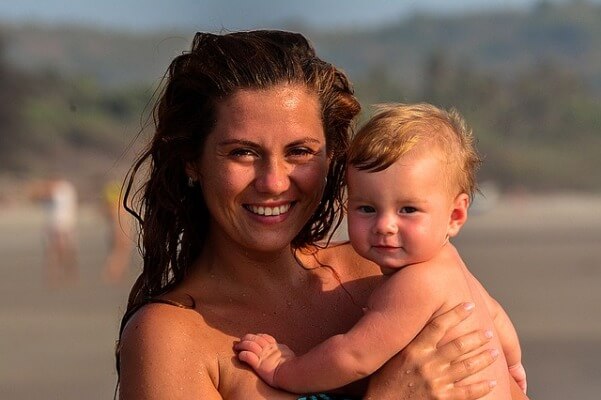 This is a great rule to gently get into the groove of weaning a toddler who’s reluctant to wean. Stop offering the breast completely, but if he asks, don’t say no. You might find that some feeds just drop off without your child even noticing! Doing this for a few weeks will make it much easier to wean completely. 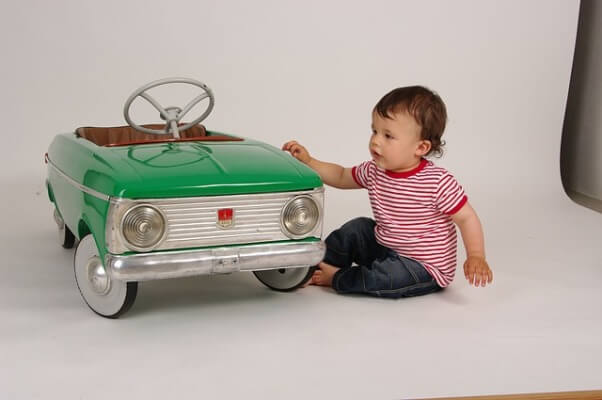 Weaning a breastfeeding toddler should be a very gradual process – this is easier on your child and your breasts! Drop a feed first, continue for a few weeks, and then drop another one and so on. Start with the feed that your child needs the least. For most kids, the night feed is the one they’re most dependent on, so leave it for the last. Gradually dropping feeds also prevents engorgement and gives your breasts time to adjust to the decrease in demand. 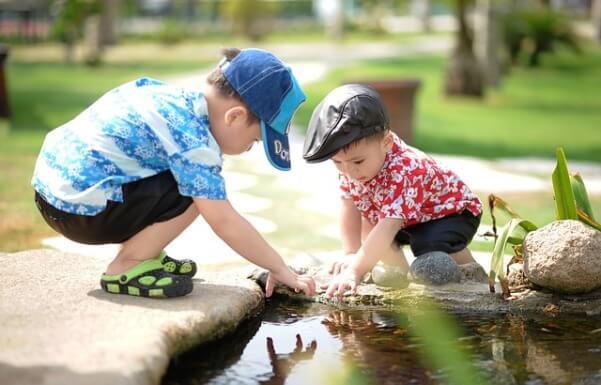 Like we mentioned, the day time feeds are the easiest to drop, especially when your child is busy. Set up some activities around the time he nurses, so that he’s completely occupied during that time and forgets to ask for his feed. He won’t even notice that he’s dropping his feeds! 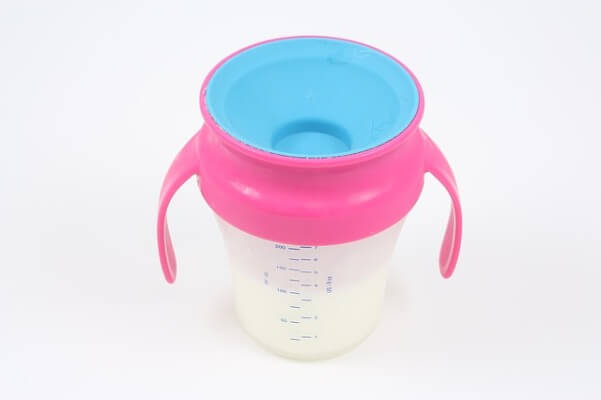 Some children respond well to being treated like a grown up, especially for older toddlers or preschoolers. Gift them a new sippy cup featuring their favorite TV character to make his new drinks more exciting than breast milk. Substitute a feed or two with a drink of his choice, like chocolate milk or another healthy drink like a sprouted malt or multigrain drink. 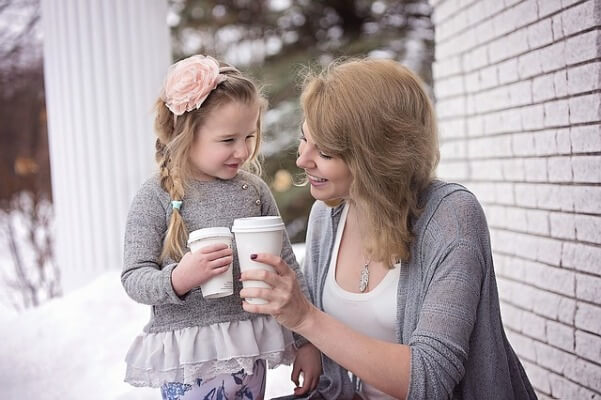 But not with breast milk! Just before they come to nurse, offer them a tall glass of water or juice, that’ll fill them up. This way, they won’t be as eager to nurse, and might just let it go. Even if they do feed, they might not nurse for their usual duration and might let go faster. 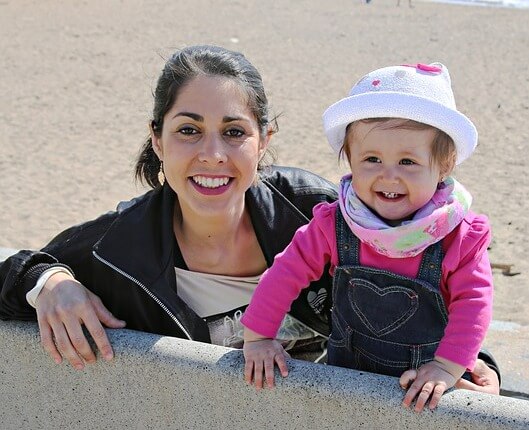 Around this time, you can explain to your child that you’ll not be nursing anywhere other than home, so he shouldn’t ask. It’s best to tell him this well before you’re planning to go out, so you have time to answer his many questions. Give several alternative options, considering his favorites. 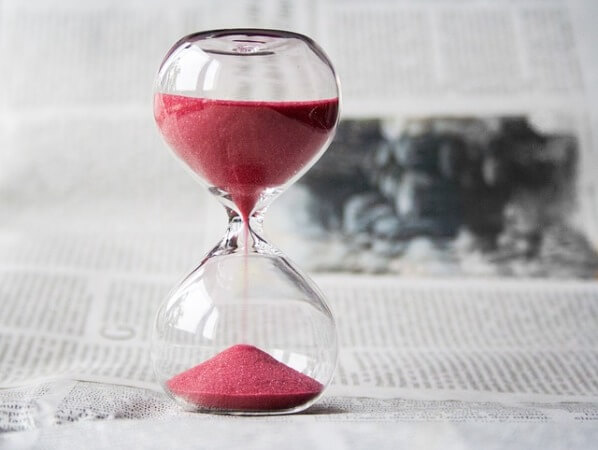 Like we mentioned above, ‘comfort sucking’ is a big part of toddler breastfeeding, so they can nurse for quite a while. Set a time limit and let them know before hand that they can only nurse for so long and then they have to let go. You can shorten this time interval gradually so the change is easier on your child. 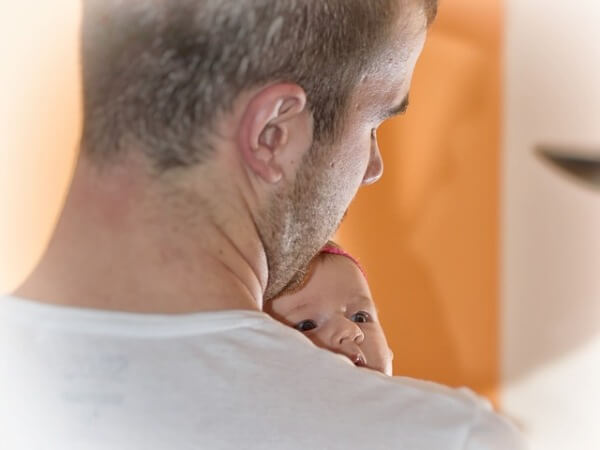 To get rid of the night feeding, it’s a good idea to let Dad handle the bedtime routine. If you think it might be to sudden, let Mom and Dad get together initially, and Mom can slowly drop out. Include an extra story or song to make up for missing the night feed. You can also have grandparents chip in for the bedtime routine if they live with you.

11. Sleep on the Other Side 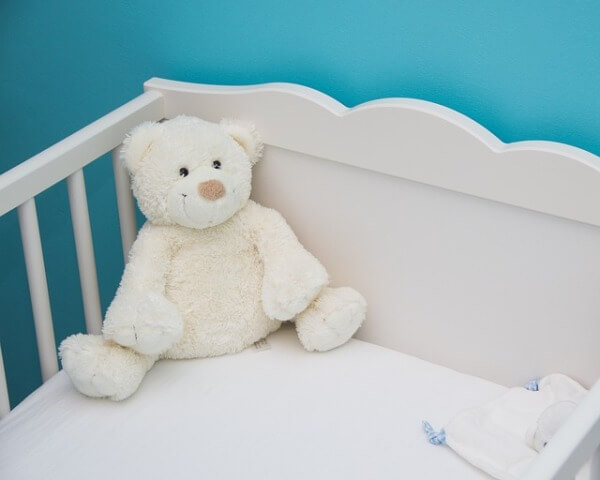 If you co-sleep with your toddler, getting rid of the night feeds can be a little more difficult. One way is to put him on your partner’s side, so his access to your breasts is cut off. You can also try getting him to sleep in a different bed, with a sibling or with his grandparents. Another option is to wake up before he does, to skip early morning feeds, and to go to bed once he’s in deep sleep, to skip the late night feed. 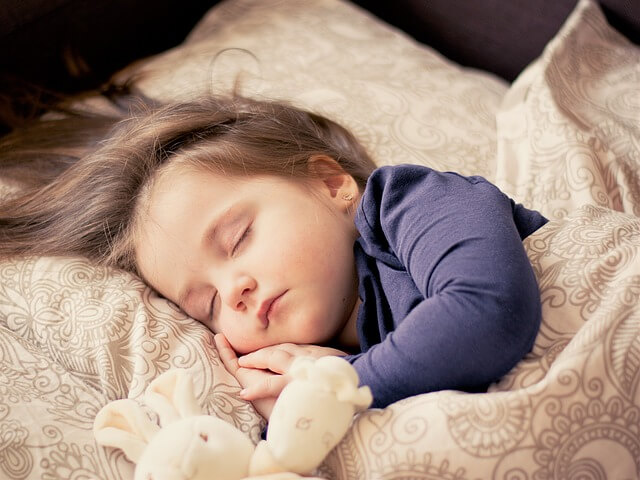 If your child is old enough to handle it, you can try spending occasional nights away from home, or sending your little one to stay with his grandparents. Do make sure there is someone to attend to him all day and to keep him occupied so he realizes that he can still have fun without nursing. 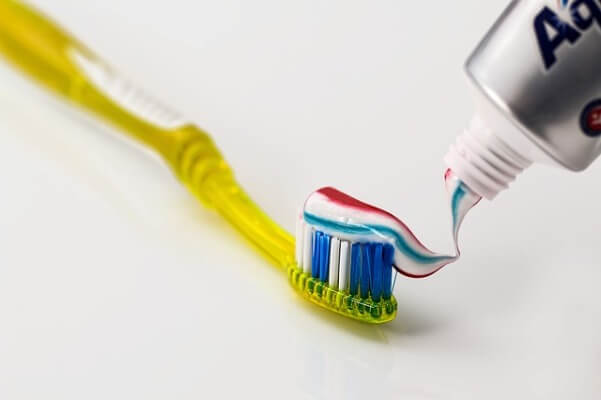 A problem with nursing a toddler to sleep is that it increases the likelihood of tooth decay, also called ‘nursing caries’. Make a big deal about brushing your toddler’s teeth at night, with a bright toothbrush and child-friendly toothpaste. 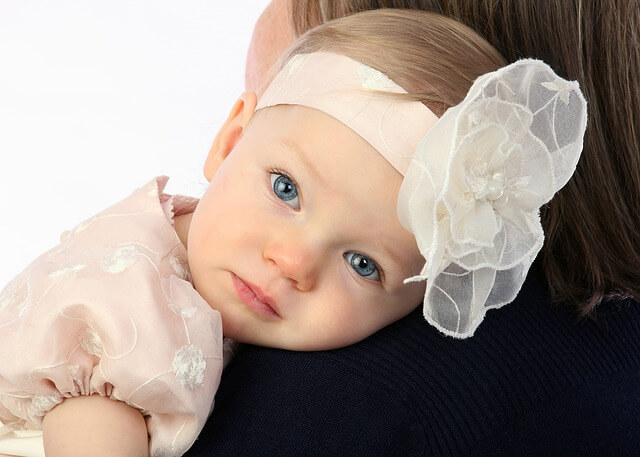 Cutting down on breast feeds shouldn’t make your toddler feel like he’s losing out on your love! Include lots of cuddles, hugs, playtime and story time through the day to let him know that nothing has changed. He’ll realize that even he doesn’t get Mommy’s milk, he still gets all her love! 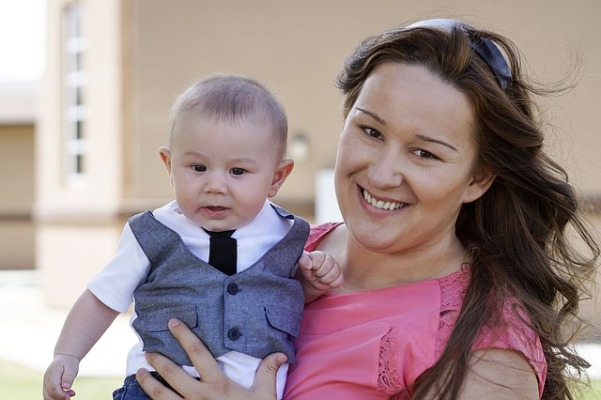 For a toddler who’s been nursing all his life, having to let go of his primary source of comfort can be hard for him to accept initially. You can expect a good deal of clinginess, anger and frustration on his part. This is the reason it’s recommended to make every change in a gradual but consistent manner. Stick to your guns, even though it may seem really hard at times!

As your body adjusts to the new cycle of demand/supply, you might have a few instances of engorgement. In such cases, expressing just a little milk will help control the supply. If you express too much, your body might take it as a signal to produce more. These tips on how to wean a breastfeeding toddler should help you through this process gradually. Ending a year or two-year long breastfeeding journey can be an emotional experience, especially if you worked really hard to get it going in the first place. Moreover, as your milk supply goes down, your hormones will be all over the place, adding to your mood woes. Just accept your feelings and know that it’s normal to feel this way. Both you and your toddler will soon get over this phase and enter a new, happy and fun-filled one in both your lives!