Diwali is over and we’re pretty sure you had loads of fun! The kids must had a great time, especially considering all the sweets and gifts involved. Speaking of gifts, it’s quite likely that you have quite a stash of new toys. And now you’re wondering how to hide/store/play with them! Don’t you hate it when you buy new toys only for the old ones to lie in the corner? It would be great if the new toys had a way of connecting with the old ones, so that you could endless possibilities to play and learn. Well, that’s exactly what we can see in the new Hot Wheels video! 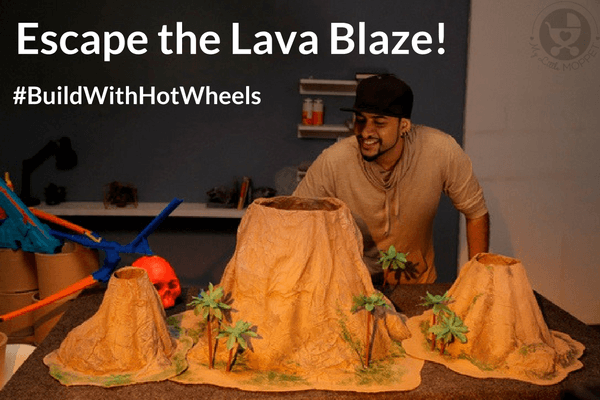 Rob, the popular DIY guy from Pogo, is back with a cool new video called Lava Blaze. Here, he uses the Hot Wheels Power Booster kit seen in the Desert Storm video. But this time, he  connects it to other sets, like the Hot Wheels  garage set, to build a super track for your cars! Let’s check out the video in detail to see how he does it.

Now that is impressive! Use connectors to the connect the sets to increase the length of the track. Then make use of the uneven terrain of your furniture to create some interesting angles and inclines. Who said you can’t play with the sofa? Once the track is ready, just line up your Hot Wheels and when the moment is right, let them go! But the track isn’t an easy one. There’re loops to spin through, ramps to slide off and of course, a huge pit of bubbling lava to escape! Oooh, exciting and scary! 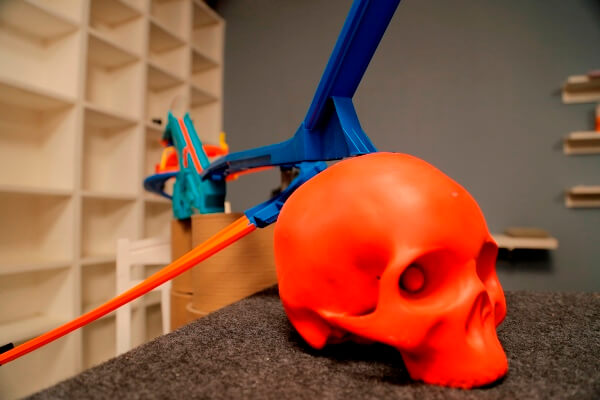 You can see that Rob hasn’t just connected one track system with another, he’s also added a lot of special elements. DIY is a great way to make old toys look new again, or as in this case, turning different sets into something completely new! In this video, Rob has created an awesome setting for the tracks by crafting with regular stuff like newspapers and  kitchen towels – things you already have at home! It truly makes the scene come alive, doesn’t it?

Including DIY during Play

That’s the best part about including a little DIY during play – there are endless possibilities to try out! In this setting for instance, kids can carry out various kinds of experimentation. They can change the heights or the slopes, have multiple jumps, or make longer tracks by connecting more steps. They can also include other elements – maybe some dinosaurs, and a jeep of tourists trying to escape them! When kids include their own variations, they come across several challenges. Trying to fix them encourages them to experiment and develops their problem solving skills. So you get creativity, learning and fun – all together! And if Mom, Dad or siblings join in, it also becomes a bonding activity – the more the merrier!

So the next time your little one gets a new toy set, don’t frown and think about the clutter. Think of the different ways you can use them with existing toys. Who knows, you may get to create some truly unique collaborations! I’m sure the kids will have tons of ideas – let them explore freely and you’ll be surprised at the results! 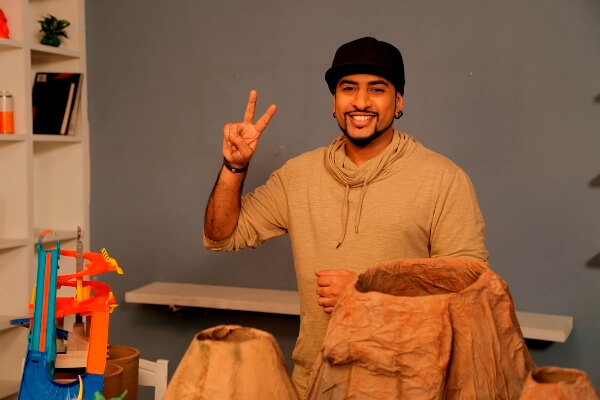 Did you enjoy this video? Then you’ll be excited to know that your kids can meet Rob in person and watch as he continues to #BuildwithHotWheels! Rob takes his creative genius to Phoenix Market City in Kurla, on 13th November 2016. There, he will use more than 50 track set boxes to create one massive 25 feet installation. The structure will comprise of different terrains – City, Desert, Volcano, Underwater & Forest. This is a feat that has never been achieved before and is guaranteed to be awesome! That’s not all, children can also interact and meet with Rob between 5-7 pm on the same day and take photos with him at a special photo booth. So get ready to go; we’ll see you there!