Right from childhood to our professional days, we’re encouraged to ‘think outside the box’. This term refers to thinking from a different perspective, apart from the norm or in a more creative manner. It also happens that many of our problems can be solved with some unconventional solutions. Many of these involve mixing and matching ideas from different worlds. Kids are experts at out of the box thinking, as is visible through the ways they overcome challenges through play. Today, we’re featuring a video that focuses on such an unconventional combination in the #BuildWithHotWheels campaign. We’re going to see Hot Wheels tracks being used under water to escape a shark attack!

Jump To hide
Escape the Shark Attack with Hot Wheels! #BuildWithHotWheels
Encouraging Kids to Think Out of the Box
Buy Healthy Nutritious Baby, Toddler food made by our own Doctor Mom ! 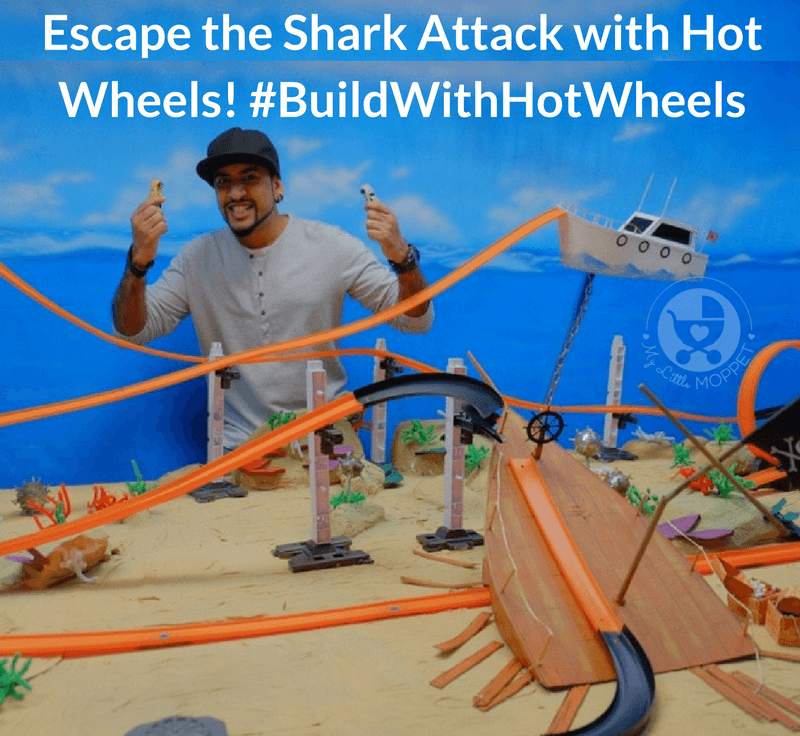 Rob, of MAD fame, comes to the fore again with a brand new underwater adventure in association with #BuildWithHotWheels – Shark Attack! There is a rather vicious looking shark under the sea, waiting to feast on whoever dares cross his path! Rob has two Hot Wheels cars that have dared to undertake the challenge of escaping the shark’s jaws – will they both survive? We’ll have to watch the video to find out!

As with his previous #BuildWithHotWheels videos, Rob uses the Power Booster Kit, but includes some new sets and parts this time. He uses the Mega Rally Set that has a giant loop and three speed launchers. He also uses a Turbo Race Trackset that has launchers and tracks. Although these sets have their own distinct features, all the tracks connect to each other. This gives you endless possibilities to make your own world, as Rob has done in this video.

But that’s not the only thing new here; this time, Rob has also introduced Hot Wheels color shifters into this super duper underwater world! As you can see in the video, the cars change color when put in hot or cold water – how awesome is that! The evil-looking blue shark is part of the Sharkpot Showdown set, featuring a track running in between the shark’s jaws. Scary! 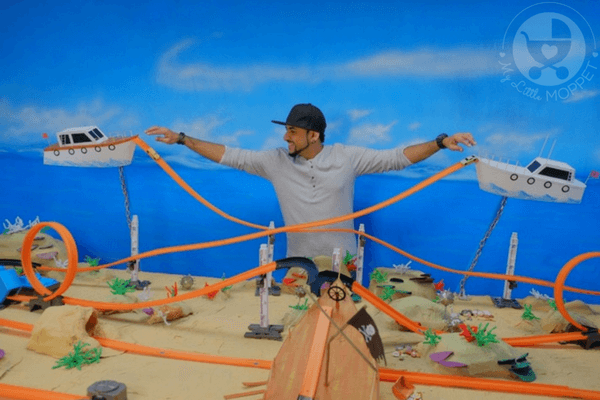 Encouraging Kids to Think Out of the Box

Out of the box thinking means thinking without any boundaries or restrictions; and the play value of your Hot Wheels doesn’t have to be restricted to the Hot Wheels sets alone! Add your own DIY elements like Rob has done in this video. Even here, you can find unique uses for common materials around the house. Look at how plain cardboard, newspaper and paint come together to create terrain for the ocean floor! Or how cardboard and Popsicle sticks can turn into a rustic but realistic treasure chest! But I think that the ruin of the large ship at the bottom of the ocean is truly the masterpiece here! Could it be the Titanic? Who knows, maybe it could! 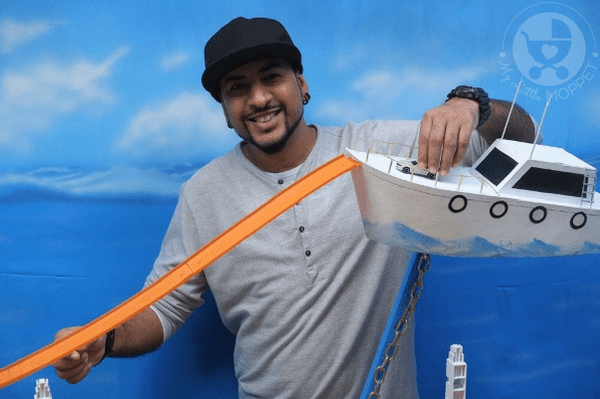 As we mentioned earlier, kids are very good at thinking outside the box. It’s us adults who restrict their thinking by teaching them that there are certain ‘right’ and ‘wrong’ ways to do things. This often dulls their imagination and creativity. Instead, hand them a bunch of stuff and let them do what they want with it. Don’t stress about how the end result should look or work – leave it to the kids! Left to their own devices, they are likely to come up with some very unique combinations, not excluding a color shifter car in search of  underwater treasure!

The #BuildWithHotWheels series of videos is a great way to encourage kids to think creatively. Let them use their imagination to learn and develop their problems solving skills. As Benjamin Franklin said, “Without freedom of thought, there can be no such thing as wisdom” So let your kids free to think and to create!