When shopping for your baby, you probably browse clothes, baby gear, toys and of course, diapers! But at some point of time, it’s likely that you’ve come across some DVDs for babies, which feature special programs targeted at babies as young as three months! These DVDs often make tall claims, saying that they help boost baby’s language and speech development, while providing entertainment at the same time. Now is there any truth to these claims? Let’s find out! 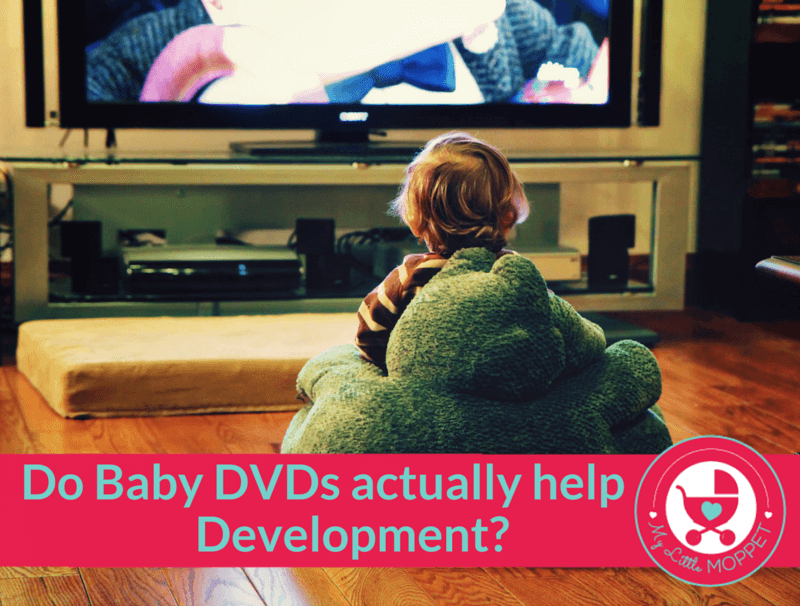 What’s in these DVDs?

The content of DVDs meant for babies is usually the same as kids’ TV shows, but the format is usually different. DVDs for babies usually have brighter colors against light or white backgrounds, fewer characters and generally no plot to speak of. Music is a key component, and letters, shapes and colors are often common themes. Many others feature animals, toys and babies too, and may or may not have a narrator in the background. The most popular DVD brands are Baby Einstein, Baby Genius and Brainy Baby. 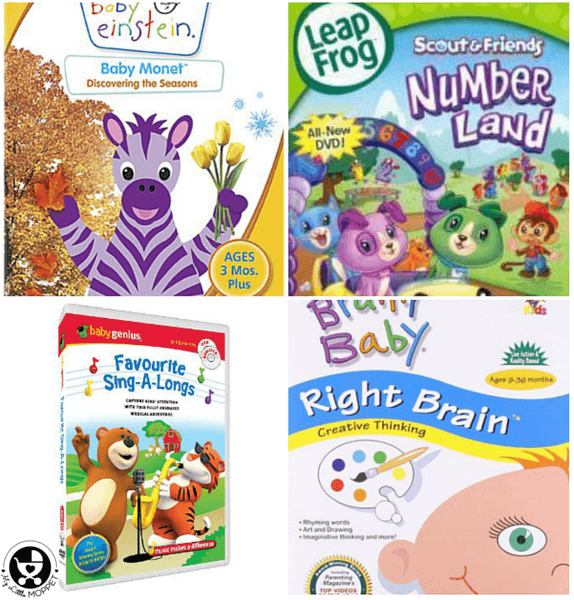 The Truth behind DVDs for Babies

With themes like these, DVD manufacturers claim that they spark a baby’s natural curiosity, and stimulate her senses with bright colors and music. They claim that they can help expand baby’s vocabulary and engage all parts of his brain. While these sound promising, the truth is that there is hardly any conclusive evidence that such DVDs actually help in any kind of cognitive development in babies. While research on this topic is limited, Researchers from Children’s Hospital in Boston, Massachusetts, and Harvard Medical School studied 800 children from birth to 3 years of age and found that watching TV or educational DVDs had no effect on a baby’s intelligence. Besides, another 2010 study showed that there was no evidence to prove that toddlers who watched these DVDs learned any more words than toddlers who didn’t. 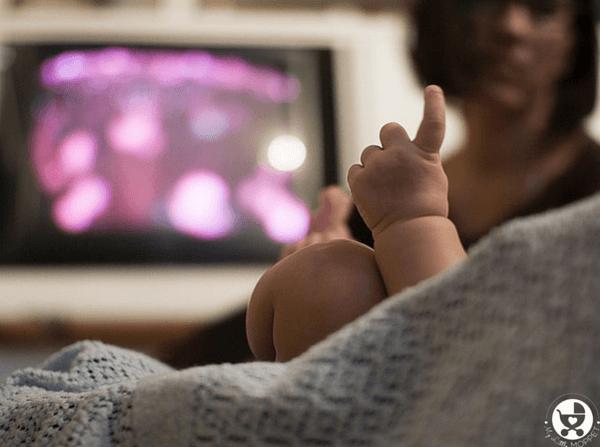 On the other hand, there is plenty of research material that shows that newborns who were read to, grew up to have a larger vocabulary than kids who weren’t read to on a regular basis. Child development experts across the globe agree that a child under two should have ideally no screen time, especially since it’s difficult for them to understand and interpret the 2D images seen on screen. A report by the American Academy of Pediatrics clearly states that TV shows and DVDs “have potentially negative effects and no known positive effects for children younger than 2 years”.

Other indirect problems with watching DVDs like these is that many parents think of it as an educational tool, thus wasting valuable time that could be spent reading or playing. Another issue is that kids get used to a sedentary, ‘couch potato’ lifestyle right from infancy, especially if parents use these DVDs as virtual babysitters.

3 Ways to boost development other than DVDs

So if the DVDs won’t help, what will? Oh, where do we begin? While there are numerous ways in which you can help boost your baby’s cognitive development, here are the three most common ones, which also happen to be the easiest ones!

This is probably the best way to help your baby learn and develop his speech while having fun at the same time! Opt for bright colors and interactive books to engage his senses. Check out different ways to raise an avid reader as well as our list of must read bedtime books for babies.

Babies can understand rhythm, which is why lullabies are so effective! Singing (even if it’s not very good) has been found to be calming to babies, and they prefer it when it’s one of their parents who’s doing the singing. Traditional songs are also a great way to impart bits of your culture and language to your little one.

Babies make great conversationalists! Talk to him about the day’s activities or any other topic and watch his face light up! It’s a great way to bond with your baby  and encourage speech development. It also makes him realize the importance of having an uninterrupted conversation as well as developing good listening skills.

So are DVDs for Babies a complete No-No?

With all the research against screen time for babies, one can’t really recommend these DVDs to anyone. However, we’re all human, and there may be times when you’re out of ideas and would rather just plop in a DVD and relax on the couch. That’s okay too – no one’s judging you! Just be with your baby while he watches it and try to talk about what’s going on on screen to make it a more interactive experience. They might also actually learn something! Don’t leave it running for more than 15 minutes at a time and turn it off if your baby seems agitated or over stimulated. ‘Background TV’ has been found to impair children’s speech and concentration. And you most definitely shouldn’t use these DVDs to distract your baby while he eats; that is a sure fire way for eating troubles later!

So go ahead and get a couple of DVDs for your baby, but think of them only as entertainment; not as an educational aid. Anyway, watching Baby Einstein certainly beats hearing ‘The Nation wants to know’ any day!!!