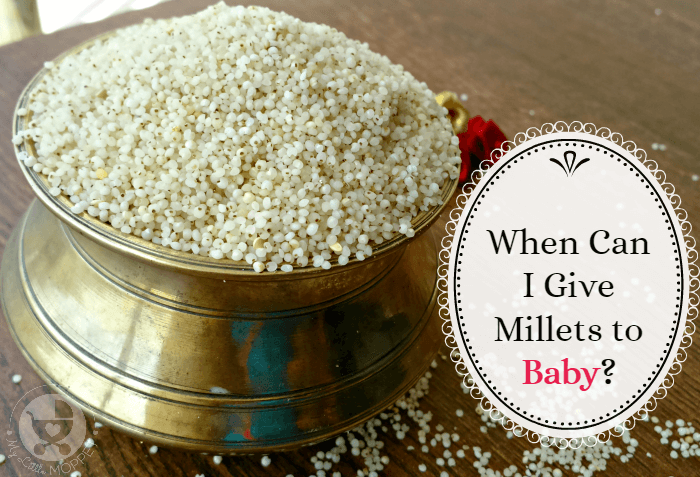 What are the Millets?

Milllets are small seeded grasses that grow well in dry areas. Millets are one of the oldest food known to man and possibly the first cereal grain to be used for domestic purposes.

When Can I give my Baby Millets ?

WHO recommends to start millet as cereals or porridges after 6 months while continuing frequent, on-demand breastfeeding after having introduced the staple food of the family.

What are the Millets available in India? 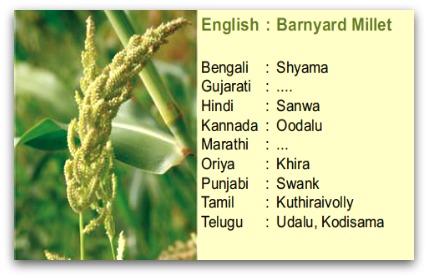 Barnyard Millet is also called as the following in regional languages.

The barnyard millet can be given as porridge or Kheer for babies between 6-8 months and as cookies, cheela, dosa for babies above 8 months.

Nutritional benefits of Barnyard Millet or Kuthiraivali or Sanwa ¹

Barnyard Millet or Kuthiraivali Recipes for Babies and Toddlers. 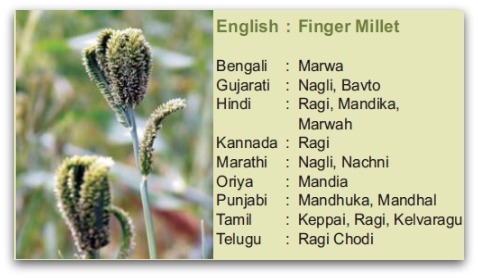 Finger Millet or Ragi or Nachni is the one of the commonest millet that is being used in our country. As the grain is very tiny, it cannot be polished much and hence the nutrients are safe !!

Finger Millet is also called as the following in regional languages

Ragi can be given as porridge, kheer, roti, dosa, Idli, appe or kulipaniyram, Idiyam, Puttu 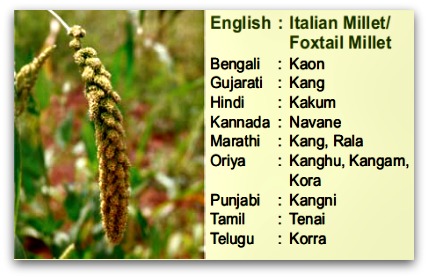 Foxtail Millet is yet another ancient which has been quoted in Ancient Tamil Literature as one of the most common staple food of the people.

It is rich in Thiamine 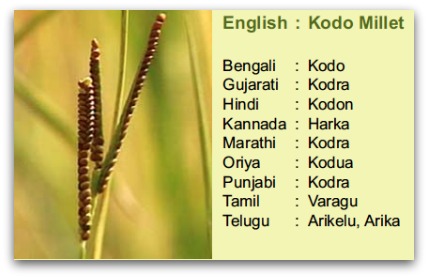 This is one millet that I can relate to as my grandmother used to have this Varugu Arisi ( Kodo Milllet Rice) daily instead of the normal Rice.

Kodo Millet can be given as Variety rice (coconut rice ) for toddlers. 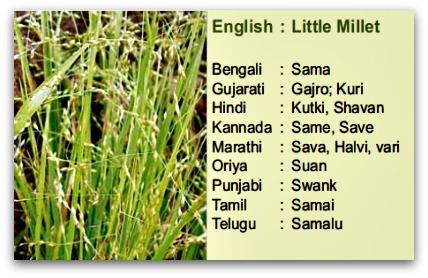 Little Millet is known as the following names in other languages

A the other millets, it is rich in Fiber and vitamins like thiamine.

Little Millet can be given as Kheer, dosa, rice, khichdi, vegetable briyani, bread. 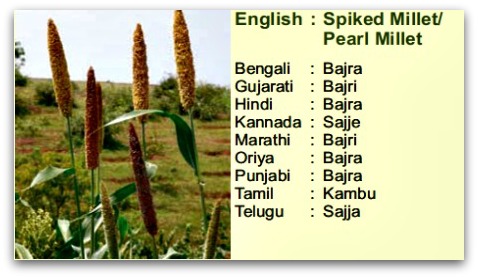 This is one of the commonest millet in usage now, I can still smell the KamabanKool and Vathal Milagai I used to have when I alight from the bus in Tamabram Bus stand in Chennai. Yes, I can roadside food are not healthy, but couldn’t resist 😉

Bajra can be given to babies and toddlers as dosa, porridge, idli, puttu, appe and idiyappam

Bajra Recipes for babies and Toddlers 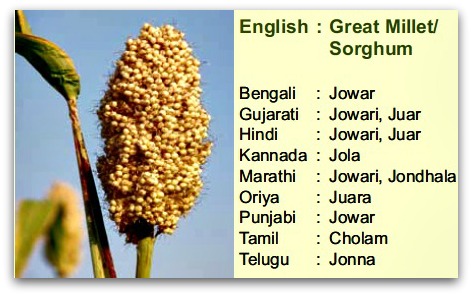 Sorghum is yet another common millet that is widely in use now. The other names for sorghum in regional languages are

Sorghum can be given to babies and Toddlers as kheer, porridge, dosa, Appe, laddu

Use Millets in Moderation²

Just because Millets are healthy and nutritious, it does not mean that eating them in daily in large quantities will ensure a perfect healthy life. Researchers believe that Millets in general have giotrogenic effects and so it is always advisable to eat in Moderation.

To receive the updates directly to your inbox, sign for our newsletter for free Here. We promise not to spam your inbox 🙂

1. Nutritional benefits of the millets sourced from  Millet Network of India

2. Antithyroid and goitrogenic effects of millet