There are very few people I know who don’t like mushrooms; after all, who can deny that fleshy, spongy and juicy taste! And if you’re vegetarian or cutting down on meat in your diet, mushrooms are perfect to lend any dish that meatiness and turn a plain recipe into a hearty dish. So with mushrooms being so popular, it’s only natural that parents ask – can I give my baby mushrooms? 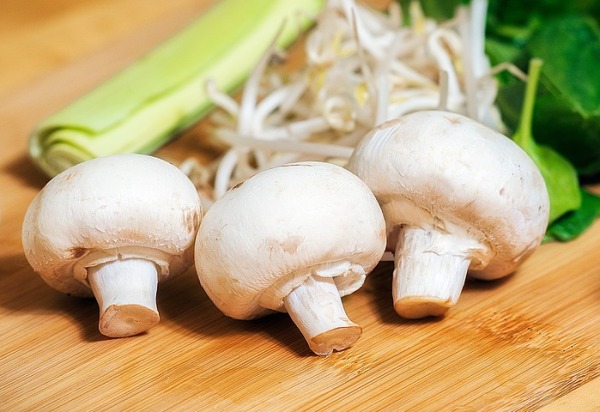 Mushrooms actually originate from fungus, either on the ground or other surfaces – even concrete! This makes it neither vegetarian or non vegetarian – or perhaps both. The standard shape includes a stem and a cap, although the size varies widely. Looking at the cap upside down will reveal the mushroom’s gills. Not all mushrooms are edible; some are toxic, some are deadly and some have mind-altering effects similar to drugs.

These features along with the rather quirky shape gives the mushroom special place in mythology and stories. The circular pattern formed on the soil by the growth of certain mushrooms gave rise to the myth that they were caused by fairies dancing in a circle, giving it the name fairy rings. Another legend states that the Pharaohs of Egypt loved mushrooms so much that it was declared a royal food that was banned for commoners. Today, China is the largest producer of mushrooms in the world.

When it comes to mushrooms, it’s not just about taste. Mushrooms have several health benefits, with some mushrooms even having medicinal properties. They’re free from cholesterol and low in sodium and calories.  Mushrooms are an excellent source of non-animal protein, and also contain a good amount of dietary fiber. One of the biggest advantages mushrooms have is that they’re among the very few food sources of Vitamin D. When exposed to sunlight, the ergosterol in mushrooms is converted to Vitamin D. Mushrooms also contain good amounts of B Vitamins like niacin and riboflavin, along with selenium, potassium, copper and zinc.

Here are some of the health benefits of mushrooms:

Can I give my Baby Mushrooms? 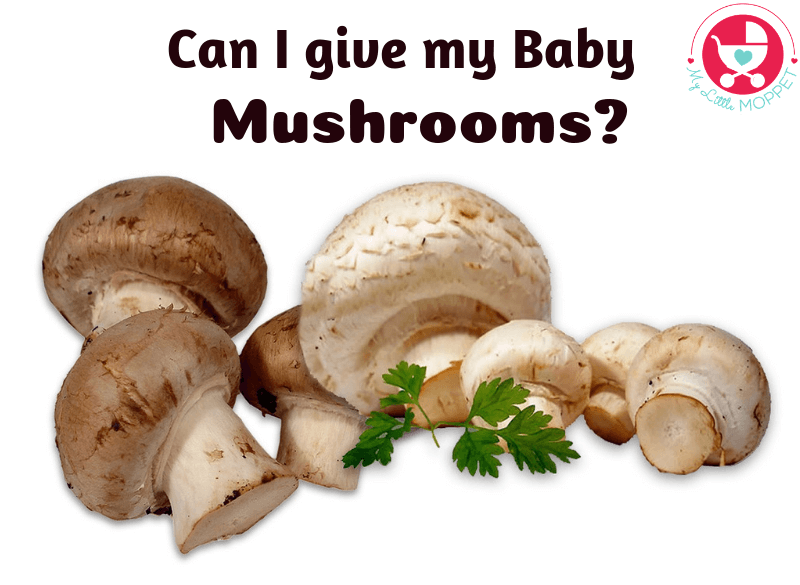 Yes, mushrooms can be given to babies from 6 months of age, but since there are so many different varieties of mushrooms, it is important to check baby’s response to each one separately. Please make sure to introduce them to your baby one at a time following the 3-day rule. Raw mushrooms should not be given to babies.

It is highly unlikely for babies to be allergic to mushrooms. However if you notice any skin irritation, hives or rashes, swelling of lips, mouth and throat, breathing issues, diarrhea, vomiting, nausea, cramping or bloating, rush to the doctor as these are signs of an allergic reaction.

There are over 10,000 identified varieties of mushrooms, with many more still undiscovered. These include both edible and non-edible kinds. Identifying which mushrooms are safe is an activity that requires an expert, so it is not recommended to harvest mushrooms from the wild. The ones sold in supermarkets are usually cultivated in a mushroom farm and are safe for consumption.

The best mushrooms for your babies are the soft and nutritious white button mushrooms. Other varieties can also be given to babies, but gradually. Buying organic mushrooms is worth the price since non-organic mushrooms can contain high levels of heavy metals and traces of fungicides. Look for firm and plump mushrooms which are free from bruises and with no visible moisture on the outside.

Avoid mushrooms with black or white gills, rings on the stem, a sack-like base or a red color on the cap or the stem. Canned mushrooms should also be avoided since they contain many preservatives. Always be sure to get your mushrooms from a trusted source to be sure.

Mushrooms should never be soaked. All mushrooms (except morels) have to be cleaned individually to remove all surface dirt. Use a damp paper towel or a soft brush for this. Rinse with cool water and pat dry with paper towels. Cut off the hard parts before cooking.

Mushrooms can be stored unwashed in paper bags in the refrigerator for up to a week. Avoid storing in plastic bags, as they might perish quickly.

Mushroom Recipes for Babies and Kids 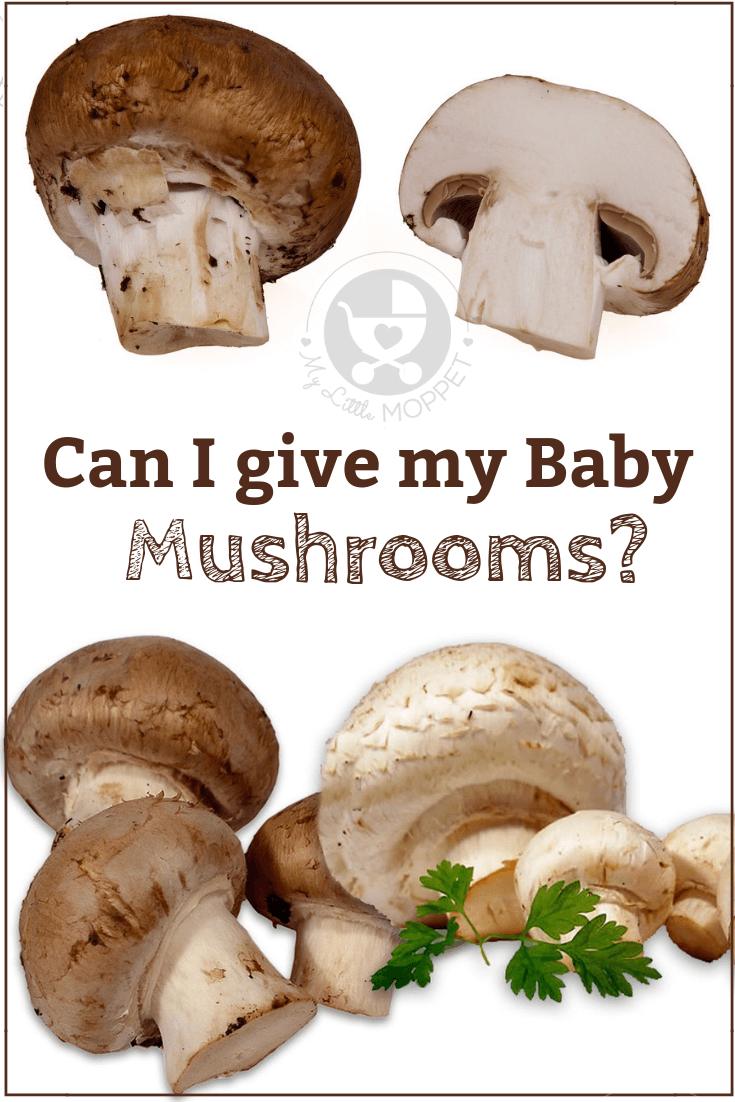