COVID-19 has locked us down which means less sunlight & low Vitamin D. Top up the level of this nutrient with these top Vitamin D Foods for Babies and Kids.

When we have a problem of any kind, many of us have a tendency to think of the most complicated solution to it, where in reality, the answer may be the simplest one. So if you’ve been feeling mildly depressed, weak or having toothache, you may think you need to see a psychologist, a general physician and a dentist. When in reality, what you really need may just be some good sunshine – and Vitamin D!

Vitamin D is also called calciferol, and it is a fat soluble Vitamin that constitutes a group including Vitamins D-1, D-2, and D-3. Unlike other nutrients, Vitamin D is not widely available in food, but is instead produced in the body when exposed to sunlight. In fact, this is the only nutrient that is produced by the sun, which is why it is also called the ‘sunshine vitamin’.

Vitamin D is a nutrient that’s often overlooked, and doesn’t get the attention other nutrients like Vitamin C gets. This is despite the fact that Vitamin D helps the body absorb minerals like calcium and phosphorus. Besides this, there are many other health benefits of Vitamin D.

Health Benefits of Vitamin D for Babies and Kids

This goes on to show that Vitamin D plays an important role in our bodies and its deficiency can cause some serious problems, especially in children. Here are some of the risks of a Vitamin D deficiency in kids:

Pregnant women are also prone to many illnesses due to a Vitamin D deficiency, like gestational diabetes, preeclampsia, preterm labor and bacterial vaginosis.

While these are serious illnesses that are often diagnosed by a doctor, you can identify a lack of Vitamin D during the early stages through simple symptoms like aches and pains, fatigue and a general feeling of being ill. This happens when children don’t get their daily required amounts of Vitamin D, which should be according to these recommended values:

You can get the required amount of Vitamin D from a combination of both food and sunlight. Unfortunately, about 50% of the world’s population are likely to be deficient in Vitamin D. The Journal of Family Medicine and Primary Care, the official journal of the Academy of Family Physicians of India, states that Vitamin D deficiency was seen in 80-90% of the samples they studied. They also estimate that the reason for this is that the ‘Indian diet generally fails to satisfy the daily requirement of Vitamin D for a normal adult.’ When we consider the picky eating of children, they are likely to be more at risk of a deficiency.

There are many conditions that can cause a deficiency of Vitamin D in the body, such as:

That last point is all the more relevant during these days, with the pandemic keeping us all locked down and with fewer opportunities to go outside and get some sun. To counter this, we need to ensure that we get enough Vitamin D from our food. As mentioned earlier, Vitamin D is not as abundant in food sources, but there are a few that can help you prevent any kind of deficiency in your family.

Oily fish is an excellent source of Vitamin D, particularly salmon, sardines, mackerel and halibut. 100 g of salmon provides 526 IU of Vitamin D. Sardines provide 170 IU in 100 grams while Mackerels provide 360 IU in just half a fillet. Besides Vitamin D, oily fish are rich in Omega-3 fatty acids that are crucial for brain development in young children.

Many people are of the opinion that egg yolks are unhealthy and they eat only the whites. However, egg yolks contain most of the minerals and Vitamins that provide eggs with its health benefits. Studies show that babies who started eating eggs at 6 months were less likely to have food allergies compared to children who started later.

While the amount of Vitamin D in the egg yolk depends upon factors like sun exposure and the chicken’s diet, on average, a large egg yolk provides 37 IU of Vitamin D. Chickens who roam freely in sunlight give eggs with Vitamin D that are 3-4 times higher.

Red meat often gets a bad rap due to its high cholesterol risk, but it can increase Vitamin D levels in the body, although not by a large amount. Rather than plain red meat, organ meats contain a higher amount of Vitamin-D. For instance, 100 g of liver provides almost 40 IU of Vitamin D, while 100 g of kidney provides about 35 IU. 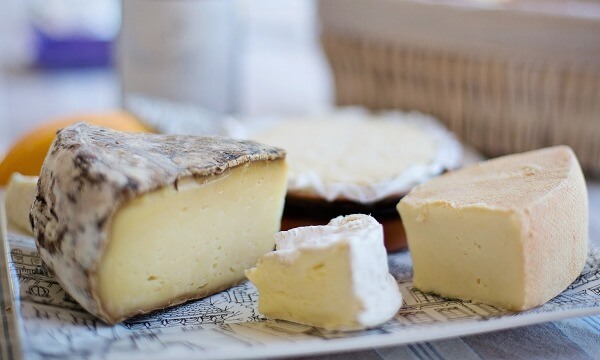 The amount of Vitamin D in cheese varies according to the type of cheese. Ricotta and cheddar have the most Vitamin D, with 25 IU and 24 IU in 100 grams, respectively. This is followed by Fontina, Muenster and Monterey cheeses that provide 22 IU in 100 grams. Other cheeses like blue cheese, brie and gouda have about 18 IU of vitamin D per 100 g.

Mushrooms are among the very few good plant sources for Vitamin D. The reason is that mushrooms contain a pro-vitamin known as ergosterol which helps synthesize Vitamin D similar to humans – on exposure to sunlight. The difference is in the type of Vitamin – our bodies produce Vitamin D3 while mushrooms produce Vitamin D2. Even though Vitamin D3 is more effective, mushrooms still help raise the levels of Vitamin D in our blood. Depending upon the type of mushroom, they can provide anywhere from 700 IU to 2,300 IU per 100 grams.

If your child is severely deficient in Vitamin D, your doctor may prescribe supplements like cod liver oil. While you’re unlikely to have too much Vitamin D through sunlight or food sources, too many Vitamin D supplements can cause an overdose. It usually appears in the form of excess calcium buildup – called hypercalcemia – which can damage the bones, heart and kidneys. The symptoms of a Vitamin D overdose are weight loss, irregular heart beat and eating disorders.