Eating carrots for good eye health is not a myth – it’s due to Vitamin A! Get this valuable nutrient from these Top 12 Vitamin A Foods for Babies and Kids.

Since the time we were kids, we’ve heard about how carrots are the best things for our eyes. Any kind of resistance and we were immediately asked: “Have you seen a rabbit wearing glasses?” Well, that was one of the many arguments none of us ever won with our Moms!

Although the rabbit-spectacles analogy may be a little far fetched, there is some truth behind the underlying argument. The hero here is not exactly carrots, but the Vitamin A it contains, an important vitamin in kids’ nutrition.

Vitamin A is a fat soluble vitamin that is available in two forms – preformed vitamin A or retinol and provitamin A, also known as carotenoids or beta carotene. Retinol is found mainly in animal foods, while beta carotene is found in plant based foods. Both these types of Vitamin A need to be processed within our cells to produce the active forms of Vitamin A, namely retinal and retinoic acid, which perform important functions in our body.

Health Benefits of Vitamin A for Babies and Kids 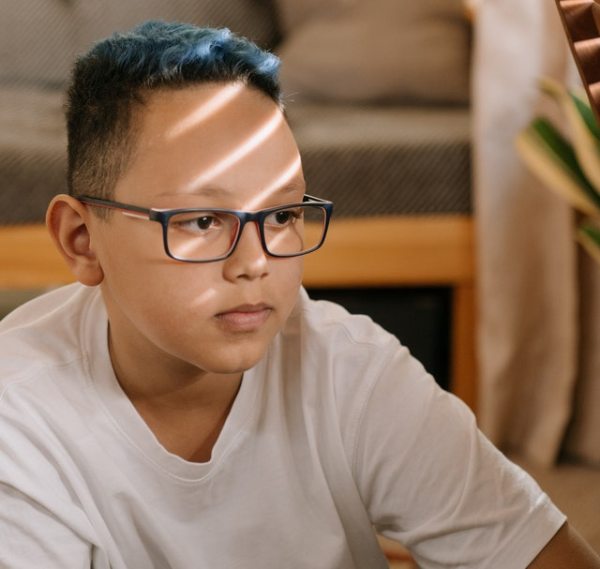 Vitamin A Deficiency in Babies and Kids 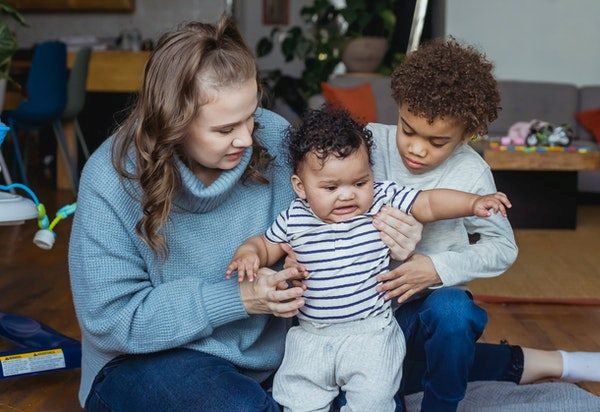 Vitamin A is crucial for normal growth and development in babies and children. A Vitamin A deficiency can cause serious vision problems like night blindness, dry eyes and corneal damage called xerophthalmia. In fact, Vitamin A deficiency is one of the leading causes of blindness in developing countries.

Being deficient in Vitamin A at a young age increases the risk of childhood infections like diarrhea and measles. Vitamin A deficiency can also affect the skin and hair causing hair loss, acne or dry skin conditions like hyperkeratosis.

Unfortunately, many children across the world suffer from a Vitamin A deficiency. The WHO states that about 190 million  preschoolers in Africa and South-East Asian countries are deficient in this nutrient. A report in The Journal of Nutrition states that simply improving the amount of Vitamin A in children’s diets in developing countries can reduce child death rates by up to 50%.

These deficiencies can be avoided by ensuring kids get the right amount of Vitamin A in their diet. The recommended daily amounts are as follows:

Top 12 Vitamin A Foods for Babies and Kids 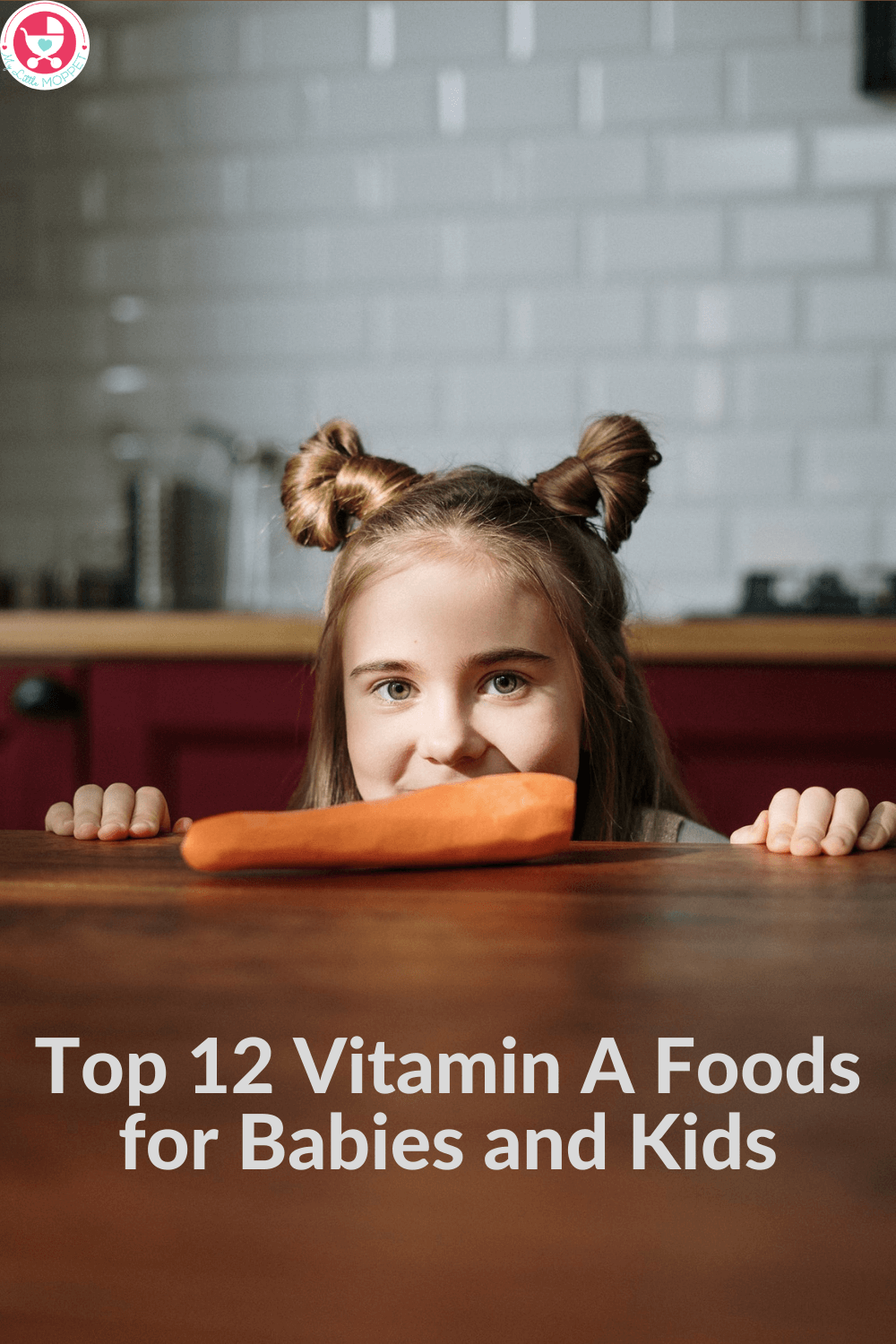 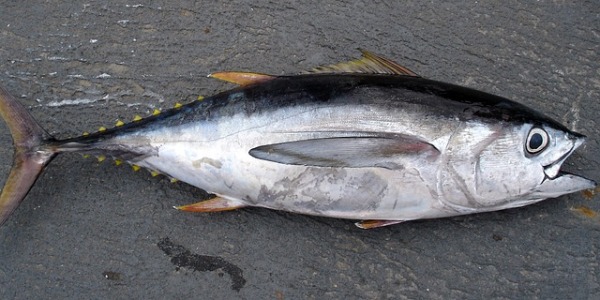 Fish is one of the healthiest foods on our planet, being excellent sources of protein and healthy fats. However, many of us don’t know that fish is also an excellent source of Vitamin A. There are many kinds of fish that are rich in this nutrient: King mackerel provides 252 mcg in 100 grams, while salmon provides 149 mcg in 100 grams. Besides eating whole fish, cod liver oil is also a great source of Vitamin A, with 1 teaspoon containing a whopping 1,350 mcg. 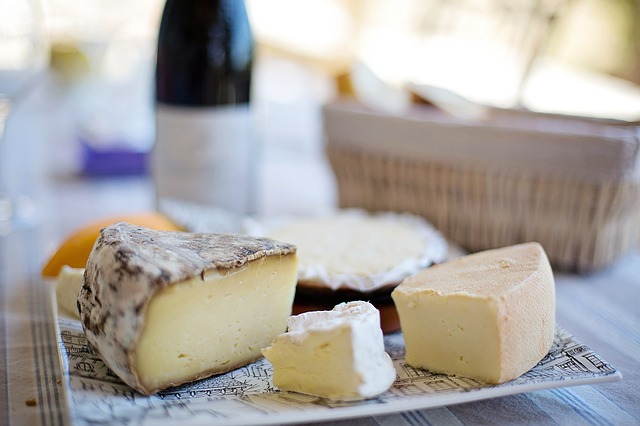 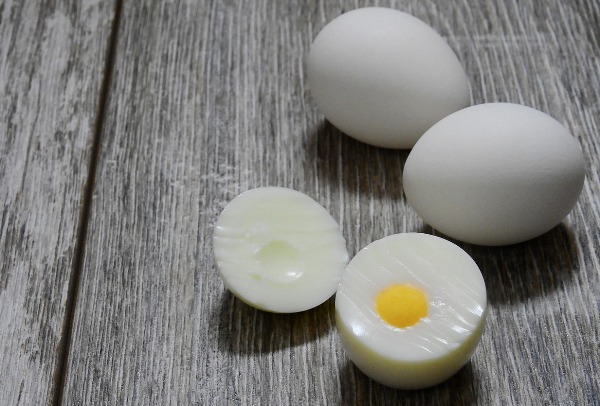 One of the most nutritional foods you can introduce in your child’s diet is egg. Eggs are a great source of macro nutrients like protein and healthy fats, but it is also a good way to get vital micronutrients in the diet. A whole egg contains about 74 mcg of Vitamin A, and is a great food for kids and babies over the age of 8 months. 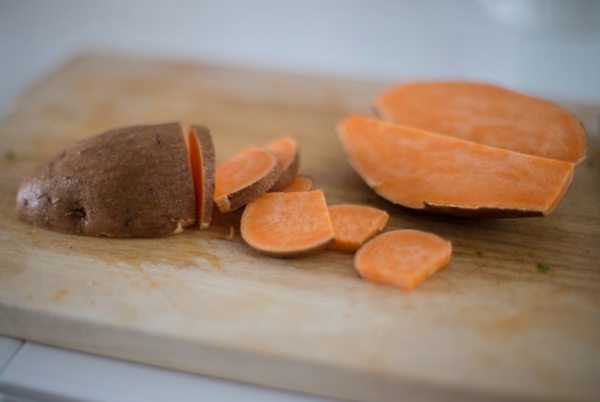 Plant based sources of Vitamin A contain provitamin A, which is mainly in beta carotene form. This is mainly found in yellow, orange and red vegetables, and one of the most popular among these is sweet potato. Sweet potatoes are already well known as a healthy carbohydrate, and it contains an impressive 1043 mcg in just 100 grams. Sweet potatoes are also rich in fiber, potassium and Vitamin C. 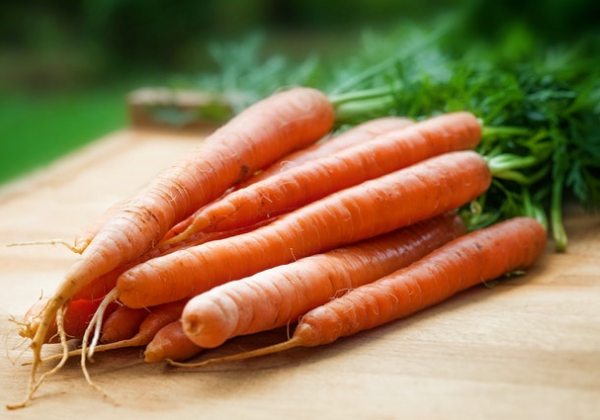 Yes, we’re talking about carrots – the poster boy for Vitamin A! A medium carrot contains 392 mcg of Vitamin A, which is nearly 50% of the total daily requirement. Since carrots are so versatile and can be fed to babies from six months of age, this is one of the easiest ways to introduce more Vitamin A in your child’s diet. Besides Vitamin A, carrots are also rich in dietary fiber which help in healthy digestion and better gut health. 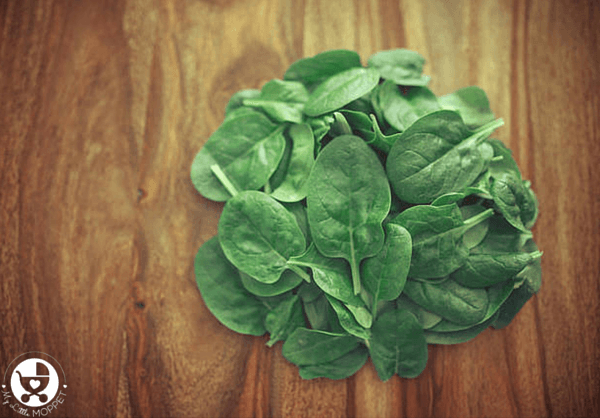 We are always told to include leafy greens in our diet, and for good reason! Although yellow, orange and red vegetables are considered the main plant based sources of Vitamin A, leafy greens come a close second. Just 100 grams of 469 mcg of Vitamin A. Along with this vitamin, spinach and other greens are great sources of iron and magnesium, and including this vegetable in your diet will take care of many nutritional deficiencies at once. 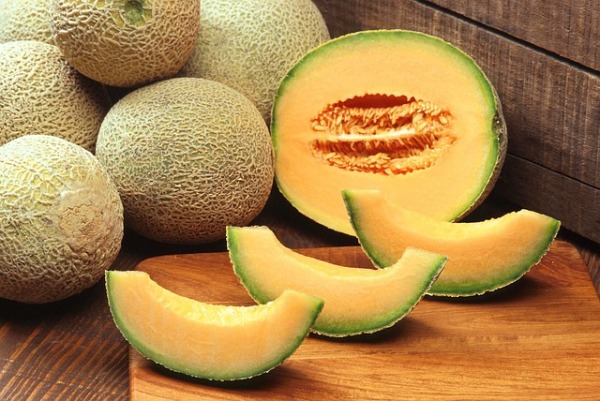 Just as yellow vegetables are good sources of Vitamin A, yellow fruits are also a delicious way to get Vitamin A in your diet! Cantaloupe or muskmelon are a juicy, hydrating fruit that’s perfect for summers, and you can also get your quota of Vitamin A while enjoying it. 1oo grams of the fruit contains 169 mcg. Cantaloupes are also rich in Vitamin C, a crucial nutrient to boost immunity. 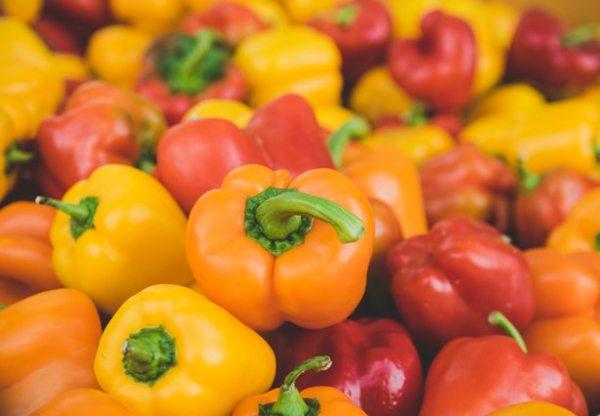 We can’t think of vegetables more colorful than bell peppers! They are available in yellow, orange, red and green and are very versatile. Just 100 grams of this vegetable contains 157 mcg of Vitamin A. However, red peppers contain the most Vitamin A  and green ones contain the least. Bell peppers are low in calories, rich in antioxidants and can also be eaten raw. 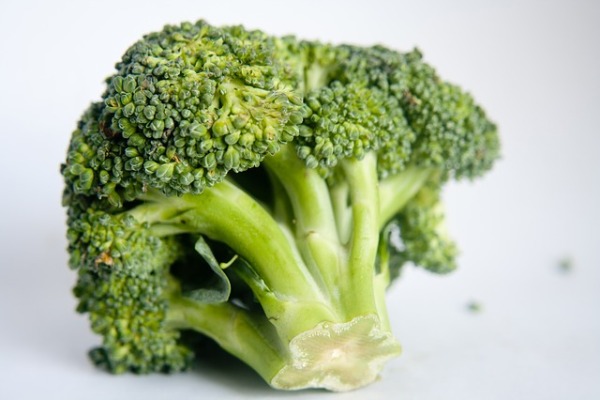 Broccoli is an interesting vegetables that most kids have a love-hate relationship with, but it’s worth your while to sneak it in somehow, considering how nutritionally powerful it is. Half a cup of broccoli contains 60 mcg of Vitamin A, and including this in the diet can slowly but surely build up to the daily quota. Broccoli also contains the Vitamins C and K. Broccoli is rich in fiber and can also reduce the risk of serious illnesses like cancer. 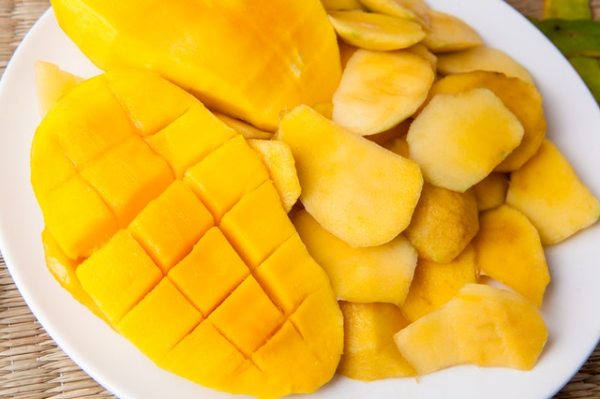 Mango is called the king of fruits for many reasons, and one of them may well be due to it’s Vitamin A content! 100 grams of mango contain 54 mcg of Vitamin A, making this the perfect way to get your quota of Vitamin A during summers, when mangoes are abundant. Mangoes are also rich in antioxidants that help fight free radicals and protect against oxidative damage. 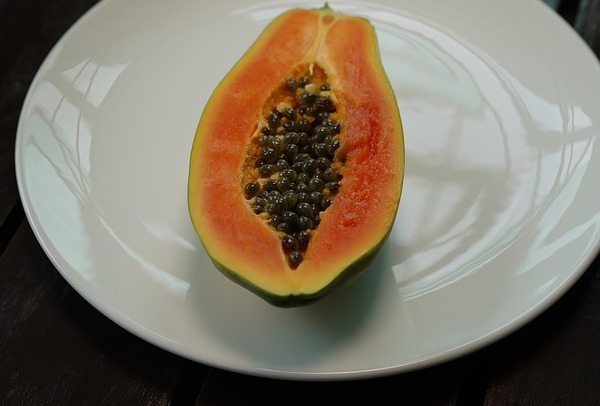 Papaya is a fruit that’s in favor with weight watchers since it’s very low in calories, contains lots of fiber and is packed with nutrients. One of these nutrients is Vitamin A, 47 mcg of which is contained in just 100 grams of the fruit. Papaya is a fruit that can be consumed raw when ripe, or cooked when green. However, the best way to get Vitamin A from papaya is to eat it when it’s nice and ripe, in a pinkish-orange color. 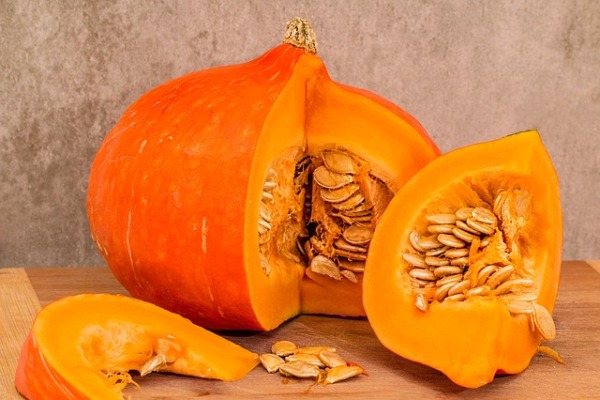 When you’re talking about vegetables that are yellow or orange, you can’t leave behind pumpkins! Considered a winter or autumn vegetable, pumpkins are popular in various cuisines across the world. Just one cup of cooked pumpkin contains an incredible 245% of the RDI of pumpkin. This means that just a small quantity of pumpkin is enough for your child to get his quota of Vitamin A, which is great news for parents of fussy eaters!

When it comes to fruit or vegetables, Vitamin A is best absorbed when the produce is raw, since heating can break it down. That’s why it’s recommended to have these foods raw wherever possible. If not, try to avoid overcooking them to retain as many nutrients as you can. You can also increase absorption of Vitamin A by adding some fat along with it.

Since Vitamin A is a fat soluble vitamin, any extra in the body is stored in the liver, which releases it whenever needed. However, an overdose of Vitamin A from sources of preformed vitamin A can cause hypervitaminosis A, also called Vitamin A toxicity. This is particularly true in children since they are more sensitive to Vitamin A. However, overconsumption of beta carotene is generally not dangerous, although it can make the skin appear yellowish or orange. 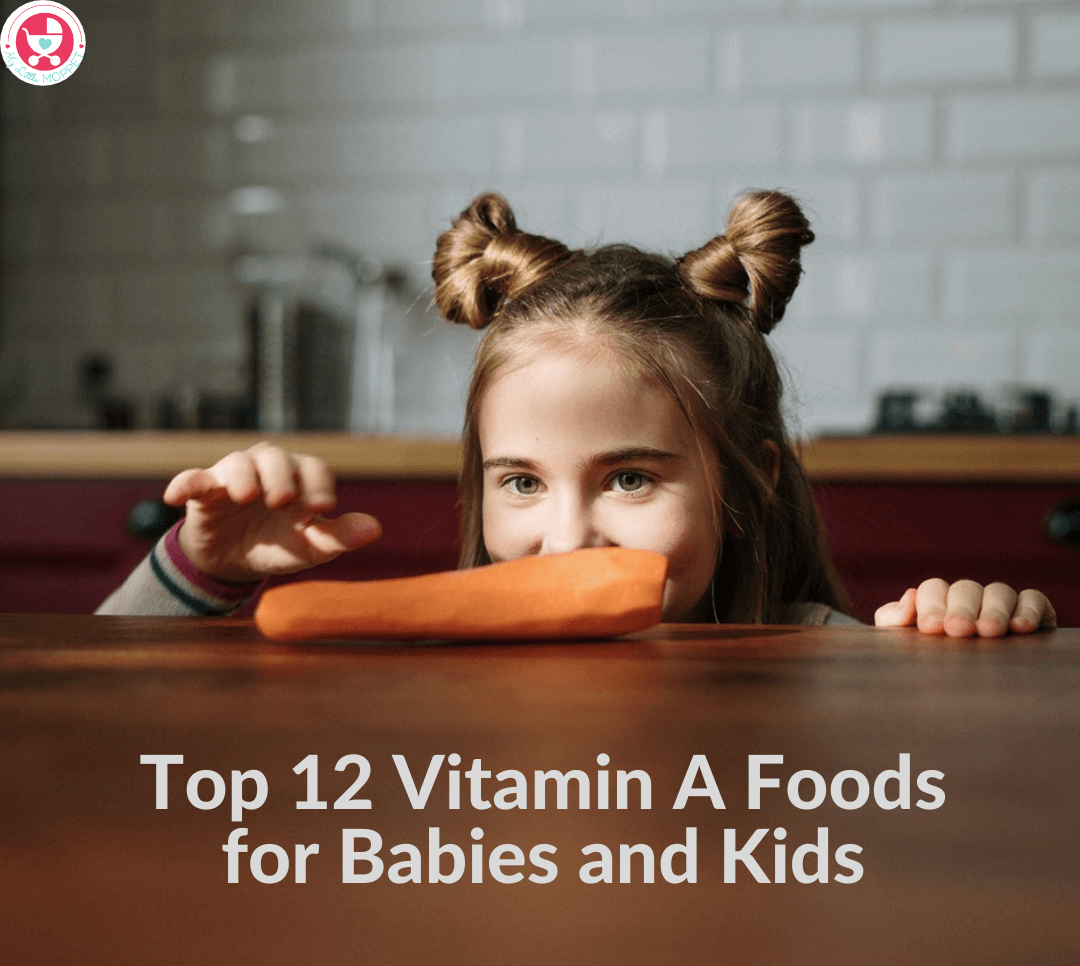