“You never know the worth of water until the well runs dry.”

Jump To hide
30 Simple Ways to Save Water in your Home
In the Kitchen:
In the Bathroom:
Outdoors:
Buy Healthy Nutritious Baby, Toddler food made by our own Doctor Mom !

There are many awareness campaigns about saving water and frequent advertisements are shown on TV. It’s probably reached a stage where many of us are numb to this huge looming problem of water scarcity. Which is exactly why this World Water Day is so crucial for all of us.

Whatever country, race or religion you belong to, it doesn’t matter. Because the problem of water scarcity is something that affects each and everyone of us. If you’re wondering why we should be worrying about water when three fourths of the planet is covered in it, here are some hard facts. 97.5% of the world’s water is in seas and oceans, which means it’s too salty to use. Of the remaining 2.5%, the majority is frozen, leaving only about 1% for the entire human population and other living creatures for all purposes. 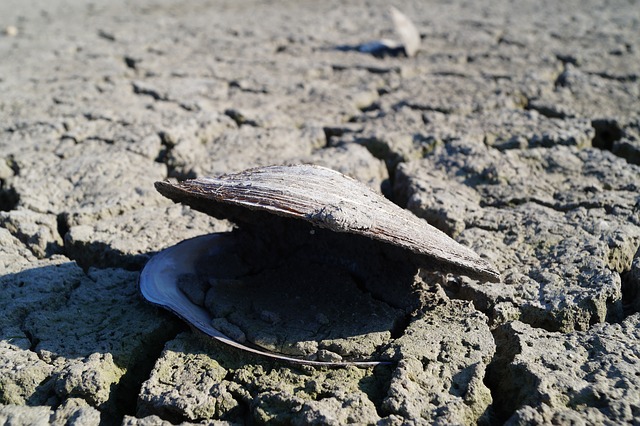 Scary isn’t it? Especially when we consider the fact that close to 60% of the human body is water. We can survive up to three weeks without any food, but without water – we’re lucky if we last a week.

And water isn’t just for drinking. It’s also for washing and cleaning, along with production of food, clothing and everything else. And as more countries get developed, the world’s consumption of water increases. As the world’s population increases by another billion by 2050, there’s going to be a severe scarcity of water, which could lead to unrest, crime and even war.

This is why it is every single person’s duty to conserve water. If you think you use very little water, here are some more hard facts:

I’m sure you didn’t know you were using so much water – I didn’t! This information is an eye opener, but it is also useful. Now that we know the areas water is being misused, we can implement steps to save it. Here are some simple ways to save water – you’ll be surprised how easy they are!

30 Simple Ways to Save Water in your Home 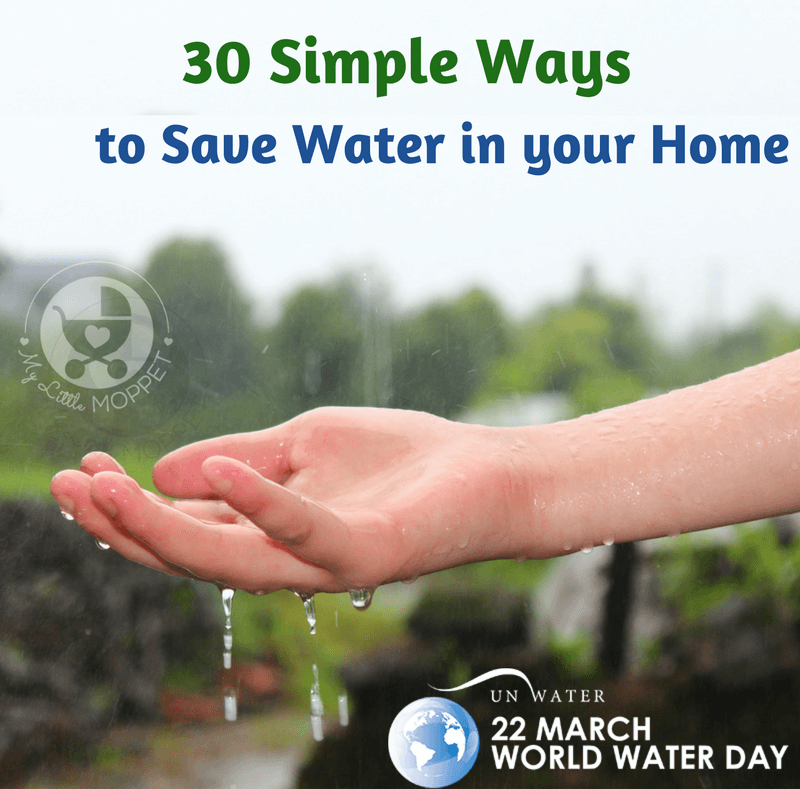 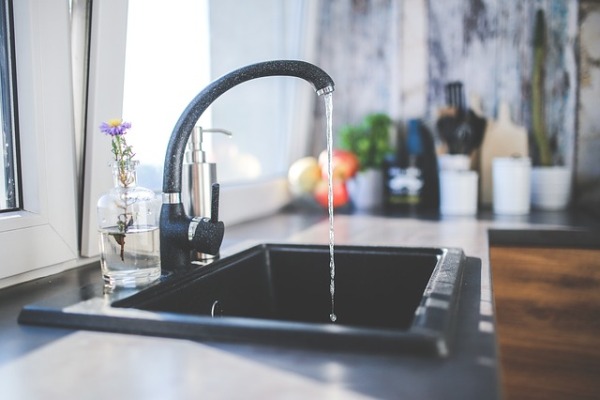 1. Wash vegetables in a tub of water instead of the tap.

3. Thaw frozen food in the fridge instead of putting it in water.

4. Steam vegetables instead of boiling them.

6. Use water leftover from cooking to water your plants.

8. Use a water saving aerator on all taps.

9. Run the washing machine only when you have a full load. 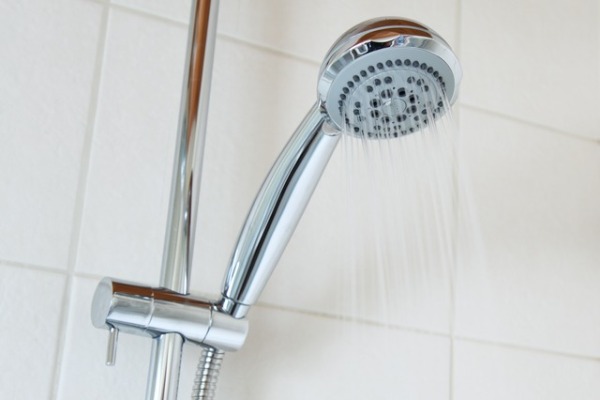 11, Regularly check all pipes and taps for leaks.

12. Install fittings that are designed to use less water.

13. Use a bucket instead of the shower for your bath.

14. Keep the taps closed when brushing or shaving.

15. Skip washing your hair with shampoo everyday unless necessary.

16. Use a mug of water while shaving instead of turning on the tap every time.

17. Try skipping flushing every single time you use the toilet.

18. Avoid throwing things into the toilet which uses up more water to flush.

19. Install a water meter to understand exactly how much water your family uses.

20. Use a timer to avoid taking too long in the shower. 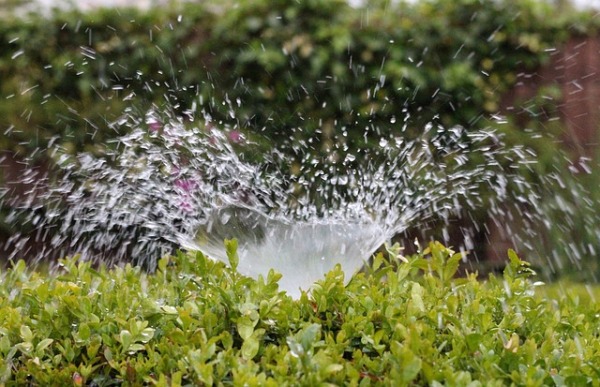 21. Water your plants early in the morning or late in the evening.

22. Choose plants that don’t require too much water.

23. Water into the soil rather than on the leaves.

24. Use hoses which have valves to control the flow of water.

25. Set up ways to harvest rainwater.

26. Use mulch around plants to retain moisture in soil.

27. Maintain grass at a longer length so it grows deeper roots and doesn’t need frequent watering.

28. Opt for dry sweeping instead of mopping all areas.

29. Wash your car with a bucket instead of a hose.

30. Shop for local, natural foods to reduce your water footprint.

You can see that saving water, while extremely important, is also extremely easy. Yet, most of us tend to ignore these simple tips to save water and talk extensively about what the government isn’t doing or about how developed countries are wasting water. Let’s change the conversation this World Water Day and involve our families and communities in fixing this problem rather than complaining about it. With a little care and effort on our part, we can leave our children a planet that has enough of both blue and green. 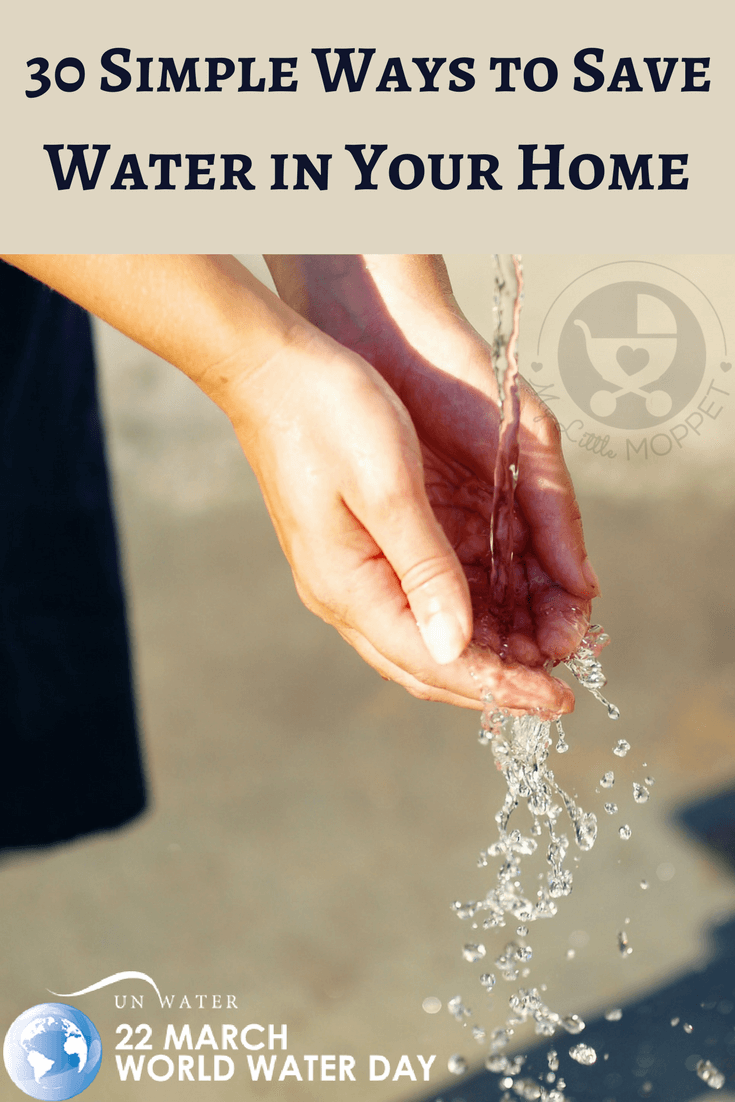