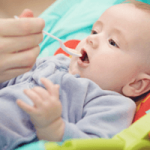 Ever since the huge brouhaha over the Maggi noodles controversy, people have begun to think twice before buying anything that comes in a packet. One reason the instant noodles controversy became such a big issue was that it was such a common snack among kids. But this isn’t the first time that a product targeted…Read More