“Food, in the end, in our own tradition, is something holy. It’s not about nutrients and calories. It’s about sharing. It’s about honesty. It’s about identity.” – Louise Fresco

For the previous generations of Indians, food wasn’t something that was available in plenty, and as a result, it was considered precious, even sacred. Even the preparation of food was a labor of love; without any of the modern amenities we enjoy today, grains were painstakingly pounded, and spices meticulously crushed to release their beautiful aromas.

Today, food still has a revered status in India and most Indians consider it something to be thankful for. But that said, today’s generation has a more inventive approach towards food, and even an experimental one!! Many youngsters are opting for careers in food, and Indian families are more open to trying foreign flavors when dining out. Never before in India has food attained such a colorful and all encompassing nature!!

It is in this spirit that the Living Entertainment company, an extension of the Living Network of media house Essel group has launched a new food and lifestyle channel, called Living Foodz. As you can guess, Living Foodz will focus on all aspects of the one thing that unites us all – a love for good food! 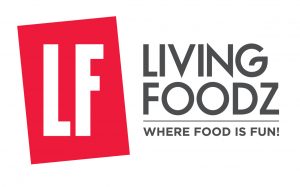 But Living Foodz isn’t your average cooking channel; in fact, it is the very antithesis of ‘average’ and ‘boring’! Living Foodz will focus on the fun part of food, with a modernistic approach to how food has transformed itself to suit the new generation’s lifestyle. As its name suggests, the channel is going to help us enter a whole new world of foodtainment, where food is super fun!

Speaking of fun, the channel has some very interesting shows lined up, one of which is the uber-cool team of Rocky and Mayur, who don’t need any introduction! Their show, “Food Express with Rocky and Mayur” is sure to be one fun ride with lots of yumminess in store! 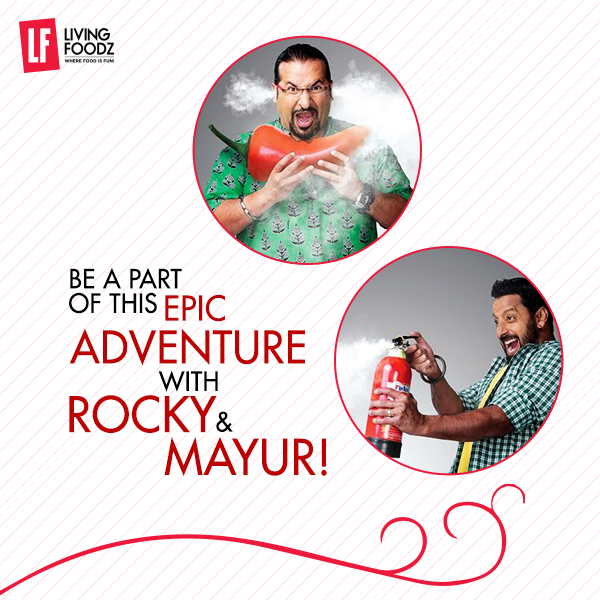 Among other prime time shows is the cleverly named, ‘Vickypedia’, featuring Chef Vicky Ratnani who brings his infectious enthusiasm on the show along with delicacies from around the world. While Vicky is busy introducing us to international flavors, Chef Kunal Kapoor takes us on a journey to the heartlands of India on ‘Pickle Nation’, where he brings us the most authentic and exotic pickles that have become mainstays of Indian households across the world. But Chef Ranveer Brar doesn’t limit himself to pickles, as he gobbles his way through the country on what looks like a very interesting street food journey, on the second season of ‘The Great Indian Rasoi’.

But this is just the tip of the iceberg; Living Foodz is planning to be the right kind of blend of food, travel and wellness programs, that resonate with the new generation Indian, whether man or woman! You probably can’t wait to catch these shows, and you can too – from September 11 onward across all DTH providers like Dish TV, Tata Sky, Airtel, Videocon and other leading cable networks, in both Hindi and English. Can’t wait till then? Don’t worry, you can catch the promos and connect with other fans on their Facebook page here. So, see you on the 11th of this month!